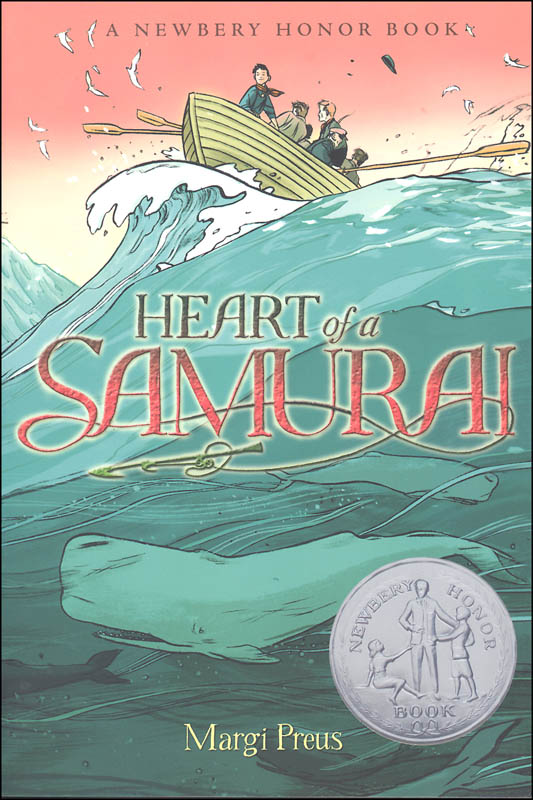 Heart of a Samurai

The year is 1841, and Japan has closed its borders to all outside influences, lest foreign devilry and barbarism seep into the country. Manjiro, a fourteen-year-old fisherman, and four of his friends are out on the seas searching for a good dinner when a terrible gale strikes their fishing boat and smashes it onto a rocky island. As the five friends attempt to survive in their desperate situation, Manjiro reveals his secret desire to be a samurai. Everyone laughs at the preposterous idea of a fisherman's son becoming such a high-ranking individual, but Manjiro retains his dream. Soon after the incident, they spot a vessel offshore- an American vessel. Though no one wants to be corrupted by the barbarians, the group cuts their losses as the ship approaches and signal to it for help. After the group is rescued, mistrust and resentment stirs between the Japanese fishermen and some of the American sailors, but Manjiro tries his best to communicate and help out around the ship. As the captain takes a liking to the industrious (though occasionally clumsy) boy, he begins to take Manjiro under his wing, teaching him as much as he can. However, this leaves Manjiro in a troublesome spot- he longs to return to Japan, but if he does, his country will label him as a traitor influenced by foreign troublemakers. But if he continues to travel with the Americans, he has no idea where it will lead him. As Manjiro struggles to make his place among the vessel and its crew, every decision and interaction weighs heavily on his shoulders. Newberry Honor Book. 301 pgs. Paperback.

In 1841 a Japanese fishing vessel sinks. Its crew is forced to swim to a small, unknown island, where they are rescued by a passing American ship. Japan's borders remain closed to all Western nations, so the crew sets off to America, learning English on the way.Manjiro, a 14-year-old boy, is curious and eager to learn everything he can about this new culture. Eventually the captain adopts Manjiro and takes him to his home in New England. The boy lives there for some time and then heads to San Francisco to pan for gold. After many years, he makes it back to Japan, only to be imprisoned as an outsider. With his hard-won knowledge of the West, Manjiro is in a unique position to persuade the emperor to ease open the boundaries around Japan; he may even achieve his unlikely dream of becoming a samurai.

Heart of a Samurai is a 2011 Newbery Honor Book. 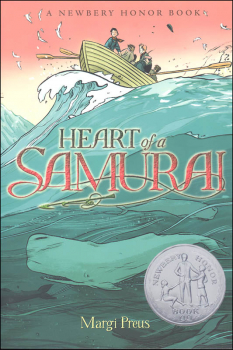