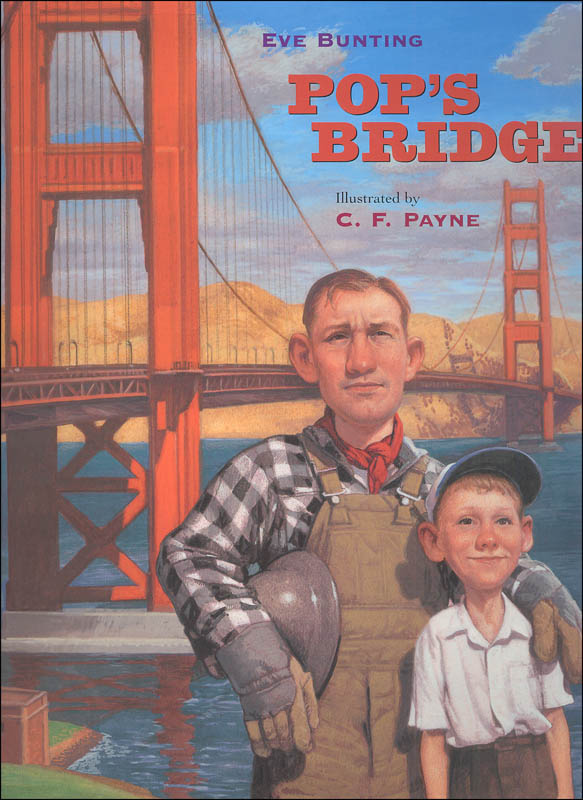 The true story of building the Golden Gate Bridge, told through the eyes of a fictional young boy. Every day after school, Robert and his friend Charlie watch the construction of the bridge with anticipation. Robert feels special pride in the project as if the bridge was truly his father's bridge. One day, a terrible accident results in the death of ten men, and Robert learns that all the men are truly in danger regardless of their job on the project. Eventually the bridge is completed and their families celebrate together. This 30 page hardcover book is a wonderful introduction to historical fiction for little ones and includes two pages of information about the building of the bridge. Laura

A picture book about the building of the Golden Gate Bridge, told from the point of view of a boy whose father is on the crew.

The Golden Gate Bridge. The impossible bridge, some call it. They say it can't be built. But Robert's father is building it. He's a skywalker--a brave, high-climbing ironworker. Robert is convinced his pop has the most important job on the crew . . . until a frightening event makes him see that it takes an entire team to accomplish the impossible. When it was completed in 1937, San Francisco's Golden Gate Bridge was hailed as an international marvel. Eve Bunting's riveting story salutes the ingenuity and courage of every person who helped raise this majestic American icon. Includes an author's note about the construction of the Golden Gate Bridge. 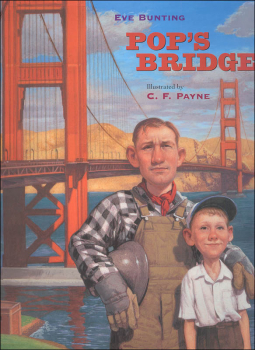