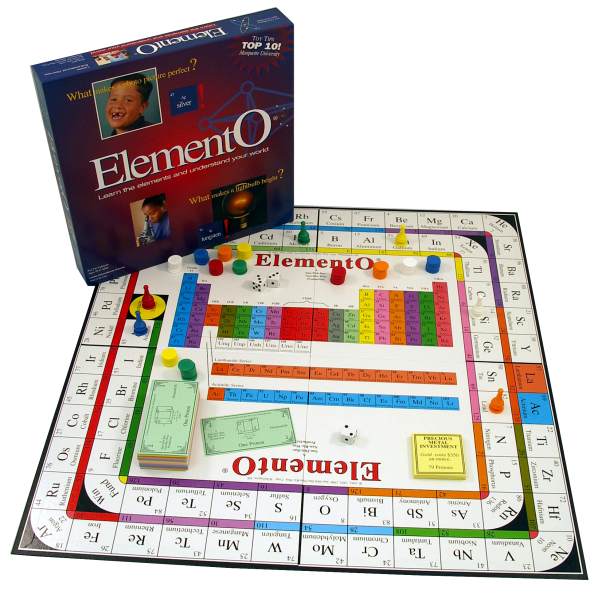 What a great way to learn and remember the periodic table and properties of the elements! As in Monopoly, players move their pieces around a gameboard of elements, acquiring them as you would Boardwalk or Park Place. Instead of players paying rent when they land on another's property, they must "pay" in protons according to the number of protons in that element. A player obtains a "monopoly" when he owns a whole family of an element. Neutron and proton certificates are used as currency. ElementO cards, obtained by landing on inert gas elements, require payment or allow acquisition of protons. They also serve an instructional purpose, demonstrating how elements are used in daily life. The center of the board is a Periodic Table of Elements on which players keep track of elements they've acquired in play. By locating these, and referring to the table often, players become familiar with the location of elements on the table. An ingenious and fun way to lay the foundations for chemistry!

Primary Subject
Science
Grade Start
5
Grade End
AD
Format
Other
Brand Name
Lewis Educational Games
Weight
2.45 (lbs.)
Dimensions
12.25" x 12.25" x 2.25"
Powered by TurnTo
Questions that need answers | My Posts
Start typing your question and we'll check if it was already asked and answered. Learn More
Do not include HTML, links, references to other stores, pricing or contact info.
My question is about: 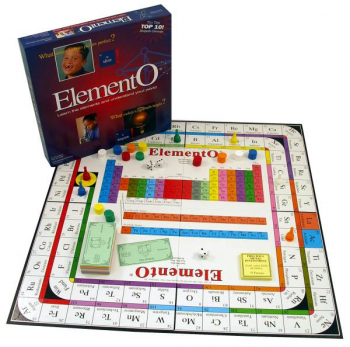