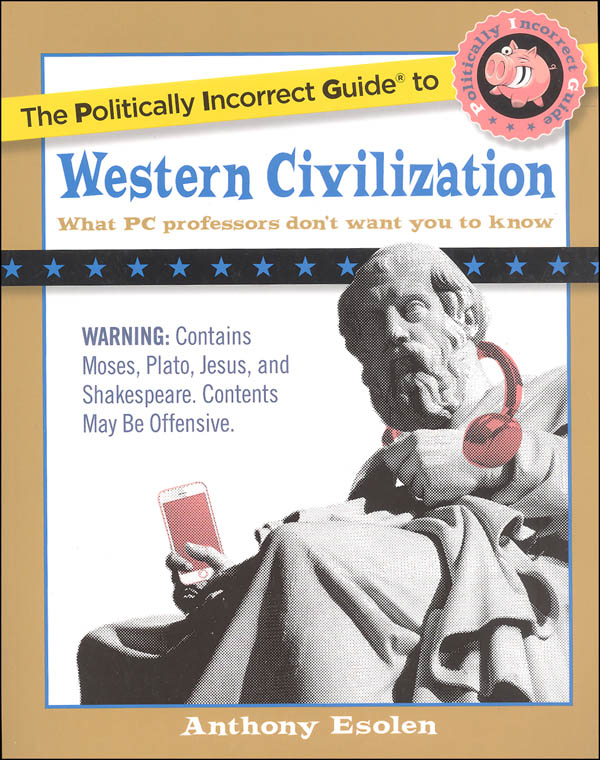 Western civilization is the envy of the globe. It has given to the world universally accepted understandings of human rights (rooted in Judeo-Christian principles), created standards for art, music, and literature that have never been equaled, and originated political and social systems that have spread all across the planet.

Political correctness now obscures these and other truths about Western civilization. Leftists and Islamic jihadists find common cause in assailing Western "colonialism," "imperialism," and "racism" as its defining characteristics. Guilt-ridden Western leaders and public figures speak of their cultural patrimony in disparaging terms they would never dare to use about a non-Western culture. And in universities, "multicultural"-minded professors flatter students into believing they have nothing really to learn from Sophocles or Shakespeare.

But now, Professor Anthony Esolen--one of the team-teachers of Providence College's esteemed Development of Western Civilization Core Curriculum--has risen to the West's defense. The Politically Incorrect Guide(TM) to Western Civilization takes on the prevailing liberal assumptions that make Western civilization the universal whipping boy for today's global problems - and introduces you to the significant events, individuals, nations, ideas, and artistic achievements that make Western civilization the greatest the world has ever known.

Today, defending the West has become an urgent imperative: if we don't value what we have and what we have inherited, we will surely lose it. The Politically Incorrect Guide(tm) to Western Civilization is an essential sourcebook for that defense.

"No economic myth these days is more pernicious than the myth that the free market caused the Great Depression and the New Deal got us out of it." Hmm...I wasn't aware that was a myth. "Not only did government interference with the market cause the Great Depression (and our current economic collapse), but Herbert Hoover's and Franklin Delano Roosevelt's big government policies afterwards made it much longer and much worse." That certainly goes against the flow of mainstream educational, political, and historical knowledge. What an education this book on the Great Depression is! It's a fascinating, entertaining read through the causes, actions, and effects of the Great Depression, and the lessons that should have been learned for today (but obviously were not). This is just one of the riveting titles from the Politically Incorrect Guide™ to____ series: guides that will shock your presuppositions and confirm your suspicions, open your eyes and give you good reason to take a lot of mainstream “knowledge” with a grain of salt. These are hot topics that touch every aspect of our society today; issues that (according to the publisher of this series) politically correct historians, academia, and the media have hijacked for use in accomplishing their own agendas. The P.I.G. series promises to bust these politically correct myths with “cold, hard facts.” These titles are authored by experts in their fields – people who are well-versed in the arguments and details of all sides of the debates and who do a fantastic job of laying out facts and opinion, history and interpretations in an engaging, often humorous manner. So far, I have only read the guides to Global Warming (see item #46735 in Science) and The Great Depression, but I could hardly put them down! I am looking forward to quite an education in conservative thought and values as I read through the rest of the series. Please also see the P.I.G. titles in our Science, Bible, and Reading sections. – Zach 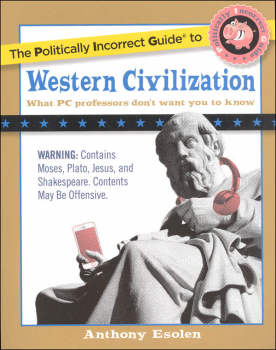