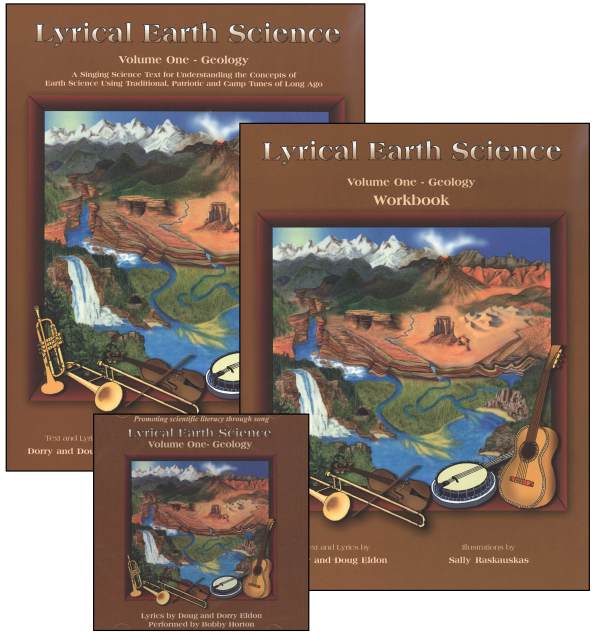 Lyrical Learning has expanded their musical learning from the life sciences into earth science! Using the same format of setting important science concepts with old, familiar tunes, they have created 18 songs teaching earth science concepts including topics such as plate tectonics, earthquakes, volcanoes, minerals, types of rocks, weathering, erosion, glaciers, groundwater, soil, and topographical maps. Melodies used include Handel's Water Music, My Grandfather's Clock, Shendandoah, Souza's Washington Post March, The Boll Weevil, Wabash Cannonball, and others. As an example, here are a few lines from "Igneous Rock," set to the tune of "Anchors Away." "Igneous rock can be one of two kinds - Intrusive starts as magma - And cools slowly underneath the - Ground. Like in granite, large crystals explain - Why this abundant rock has coarser texture - It's the coarser grain." The nearly 100-page booklet included contains worksheets to reinforce concepts learned in the songs. Written and produced by the same team that created Lyrical Life Science, this new offering maintains the same quality and format. - Jess

Powered by TurnTo
Review More Purchases | My Posts
5.0 / 5.0
2 Reviews
5 Stars
4 Stars
3 Stars
2 Stars
1 Star
2
0
0
0
0
Rated 5 out of 5
It’s fun supplement to add to our rock study. I really like this series.
December 17, 2021
Sarah K
Purchased
1 year ago
Rated 5 out of 5
Straightforward and Thorough
I am using this with my 11 year old son, and find it to be at a good challenge level for him, though I wouldn't use it for a younger student than that due to the large amount of new vocabulary presented. It is a solid, detailed, but no-frills geology curriculum that is very do-able. He can read and do the work on his own, one chapter a week, and we are adding a bunch of activities I found online to give a hands-on element as well as an earth science DVD ("Inside Planet Earth"). The songs add a fun element, and my younger kids, who are studying the same topics with other materials, enjoy them too. The curriculum is a nice baseline that stands on its own but is also easy to add to or to use as a jumping-off point for more in-depth study of any of the topics presented.
October 24, 2015
Hilary S
Purchased
over 7 years ago 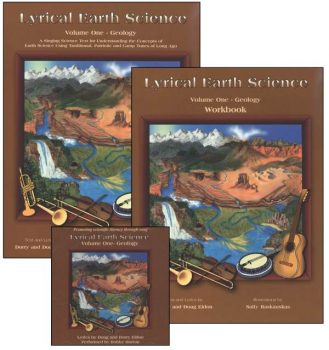