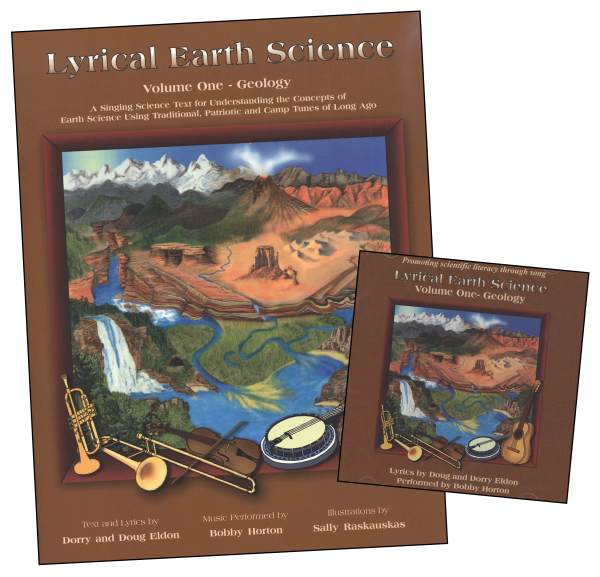 Lyrical Learning has expanded their musical learning from the life sciences into earth science! Using the same format of setting important science concepts with old, familiar tunes, they have created 18 songs teaching earth science concepts including topics such as plate tectonics, earthquakes, volcanoes, minerals, types of rocks, weathering, erosion, glaciers, groundwater, soil, and topographical maps. Melodies used include Handel's Water Music, My Grandfather's Clock, Shendandoah, Souza's Washington Post March, The Boll Weevil, Wabash Cannonball, and others. As an example, here are a few lines from "Igneous Rock," set to the tune of "Anchors Away." "Igneous rock can be one of two kinds - Intrusive starts as magma - And cools slowly underneath the - Ground. Like in granite, large crystals explain - Why this abundant rock has coarser texture - It's the coarser grain." The nearly 100-page booklet included contains worksheets to reinforce concepts learned in the songs. Written and produced by the same team that created Lyrical Life Science, this new offering maintains the same quality and format. - Jess 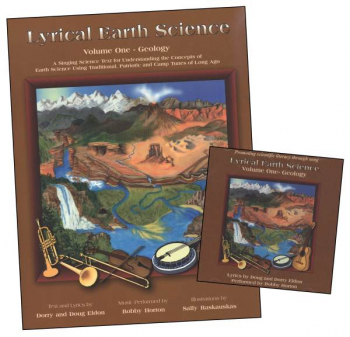