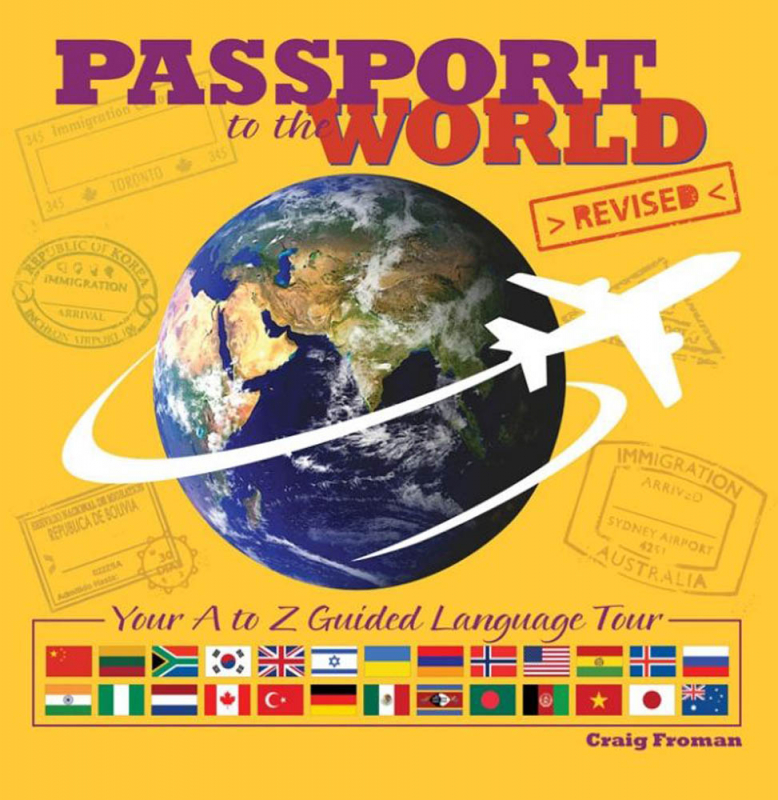 Passport to the World: Your A to Z Guided Language Tour (revised)

From Armenian to Zulu, this colorful book introduces students to 26 languages and cultures around the world one for each letter of the alphabet. The book begins with a world outline map, labeled with countries and page numbers where the discussion of the country and its language can be found in the text. Next, a two-page spread presents the history of languages from a Christian perspective, explaining how the Tower of Babel story in Genesis represents the true origin of foreign languages. The rest of the book devotes a colorful, two-page spread for each of the languages. Each spread contains a map of the featured country where the language is spoken, its flag, statistics (population, life expectancy, literacy rate, number of internet users, internet code, and monetary unit), and common greetings in the language (Hello, Goodbye, Thank You, and Peace). Also included is information about the capital city, major religions, and a "Did You Know?" box with interesting facts about the language and country. The pages contain beautiful color photos of people, places, food, currency and other notable objects found in the countries. Some of the languages covered are Cherokee, German, Icelandic, Lithuanian, Mandarin, Turkish, and Xhosa. The back of the book contains statistics at a glance, flag/country naming challenges, and a list of charities that serve people in need around the world. For fun, there are stickers of facsimile passport stamps for each of the countries. By Craig Froman. 64 pgs, hc. ~ Lisa

Passport to the World from Rainbow Resource on Vimeo.

Experience a wondrous global journey within the pages of a book, encountering places and people from around the world. Children will gain knowledge of intriguing facts about countries, including their capital cities, maps, flags, populations, and religions. Gathering stickers for their passport, readers learn greetings from 26 different languages, as well as interesting language tips as well. This is an attention-grabbing exploration of the world through the eyes of children. 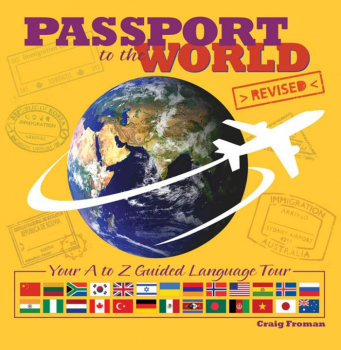