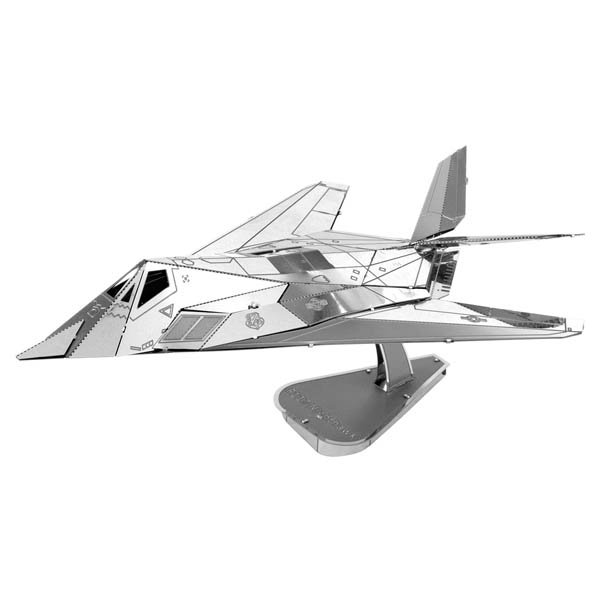 It is a USAF twin engine stealth attack aircraft that was developed in Lockhead's secretive Skunk Works division.

It was the first operational aircraft to be designed around stealth technology. The F-117 was well publicized for its role in the Persian Gulf War and remained active until 20018 when it was replaced by the F-22 Raptor.

Create awesome, desktop-sized replicas of historical landmarks and vehicles! Each kit comes with one or two thin, flexible sheets of shiny metal with all the pieces laser cut and engraved. Follow the directions to assemble the models using tabs and slots - no glue or soldering required! When you're done, you'll have a highly-detailed model. Sizes vary, but most would fit within a 5" cube. The instructions are a bit tricky and some parts are quite small, so these would be best for older children or experienced model builders. You'll need to supply needle nose pliers, tweezers, and clippers, or purchase the Tool Kit which includes nippers, flat nose pliers and needle nose pliers. Finished models are beautiful and can be displayed on a lighted base or spinner, sold below. ICONX kits feature more detail and slightly larger models than original kits. These will take some time to assemble, but the finished product is definitely worth the effort! 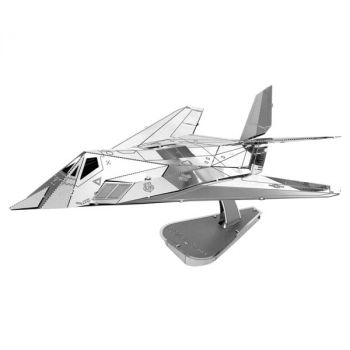