Experience a guided tour of Ancient, Medieval, and Modern History as Diana Waring skillfully tells fascinating stories of people and places of long ago. Each of these three audio collections was once presented in two different CD sets, "True Tales..." and "More True Tales... " However, they have been digitally re-mastered and compiled into 3-disc presentations for each period in history. In Ancient Civilizations and the Bible, you will learn about Creation; early man; the Table of Nations; the Rosetta Stone; the discovery of Ninevah, Troy, Ur, and Mount Sinai; the Hittites; the Seven Wonders of the Ancient World; and how the Biblical prophecies of Jesus were fulfilled. Then, fill your mind with wonder in Romans, Reformers, Revolutionaries as you learn about the Canon of Scripture, Attila the Hun, Saint Columbia, the Islamic Empire, the Byzantines, Alfred of England, the Truce of God, Medieval Europe, and Prince Henry the Navigator. In World Empires, World Missions, World Wars you will learn intriguing facts about people and events such as William Carey, William Wilberforce, Von Metternick, James Watt, Napoleon III, Benito Juarez, Simon Bolivar, Garibaldi, the Suez Canal, Lilias Trotter, Lawrence of Arabia, the Korean War, the Cold War, and Jim Elliot. Each collection contains over three hours of audio education and enjoyment. These collections will delight students of all ages whether they are sitting in the classroom, car, or living room! - elise 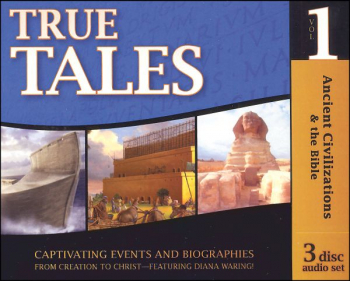 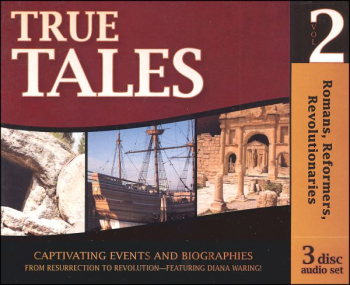 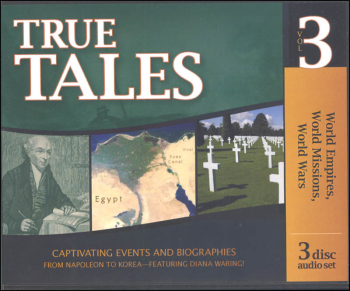