Leo Tolstoy's classic, unabridged novel about the title character and those who impact her life. Though the story takes place in "simpler times" in the late 19th century, their lives are anything but. We are introduced to a network of people who struggle with love, faith, life, the state of Russia's affairs, and strife. Like most women in those times, Anna Karenina married young, to a distinguished, upstanding citizen of the community. However, when she meets the charming, handsome Vronsky she is lured astray. Although happy to be with Vronsky, Anna’s life becomes less than desirable as her husband refuses her request for a divorce and she is continually scorned by society for her adultery. Anna Karenina not only captures the lives and times of late nineteenth-century Russia, but also challenges the reader to think on many moral and philosophical issues.

Meanwhile, good-natured Levin, though prestigious and educated, chooses the country life and seeks a good wife. He has known Kitty since she was a young girl, and as she is now a woman, he starts to see her in a marriageable light. Early on, he is turned-down. However, his goodness and decency are eventually rewarded and his questions of faith are answered. 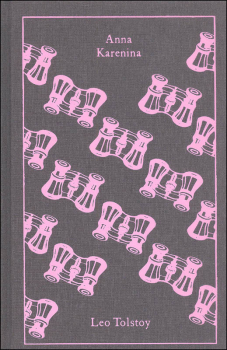