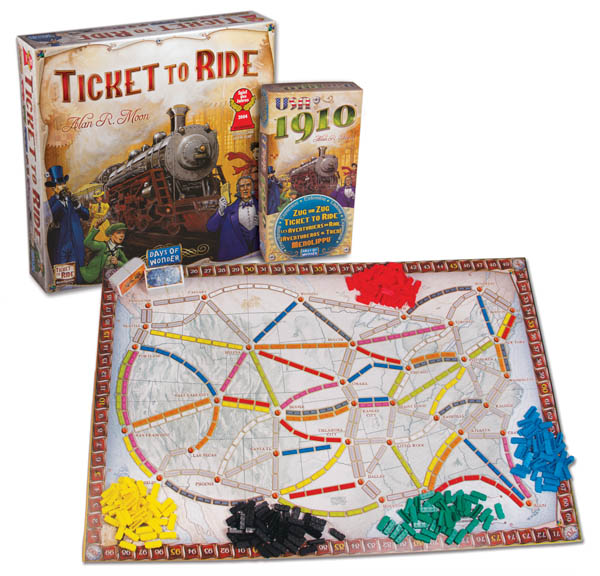 Primary Subject
Games, Puzzles & Toys
Grade Start
3
Grade End
AD
Format
Product Bundle
Brand Name
Days of Wonder
Weight
0.0 (lbs.)
Powered by TurnTo
Questions that need answers | My Posts
Start typing your question and we'll check if it was already asked and answered. Learn More
Do not include HTML, links, references to other stores, pricing or contact info.
My question is about:

Powered by TurnTo
Review More Purchases | My Posts
5.0 / 5.0
3 Reviews
5 Stars
4 Stars
3 Stars
2 Stars
1 Star
3
0
0
0
0
Rated 5 out of 5
Fun game and educational, too!
Great game that has provided hours of family fun. Interesting, challenging and fun for 8 year olds and up. My grandchildren and I live to play.
April 6, 2022
Jacqueline S
Purchased
10 months ago
Rated 5 out of 5
Ticket to Ride is a fun game that is played with our whole family.
January 9, 2021
Linda Q
Purchased
over 2 years ago
Rated 5 out of 5
Fun family game
Love this game! If you are on the edgedge about the expansion pack it is worth getting. Not only does it give you normal sized cards, it adds more missions as well.
July 3, 2020
Jen B
Purchased
over 2 years ago 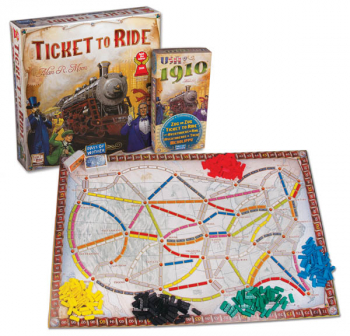