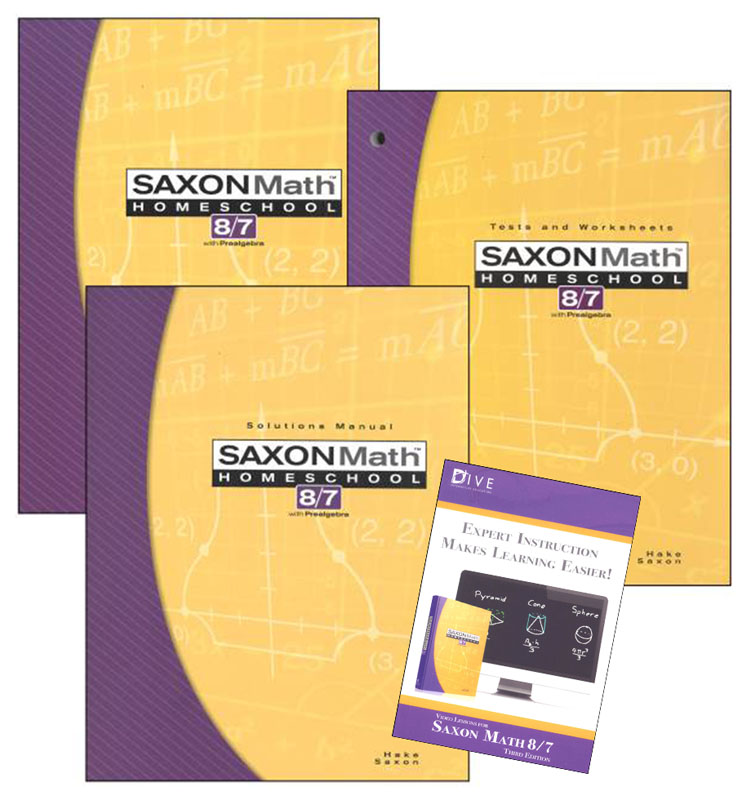 Category Description for COMPREHENSIVE PROGRAMS - ALL GRADES:
Primary Subject
Mathematics
Grade Start
7
Grade End
8
Format
Product Bundle
Brand Name
Saxon Math
Weight
0.0 (lbs.)
Powered by TurnTo
Questions that need answers | My Posts
Start typing your question and we'll check if it was already asked and answered. Learn More
Do not include HTML, links, references to other stores, pricing or contact info.
My question is about:

Powered by TurnTo
Review More Purchases | My Posts
5.0 / 5.0
4 Reviews
5 Stars
4 Stars
3 Stars
2 Stars
1 Star
4
0
0
0
0
Rated 5 out of 5
Saxon Math Homescool 8/7
We have been using Saxon Math Homeschool edition for several years now. We love the repetition and the flow. We’ve used Dive DVDs the past 2 years because they go on to explain/teach the lesson and give examples that are not in the book (like the Saxon teacher DVD - which follows word for word exactly what’s in the Teacher’s Manual). Highly recommended.
September 28, 2017
Ann W
Purchased
over 5 years ago
Rated 5 out of 5
Easy to follow
Lessons are set out in a straightforward
September 24, 2017
Anthony B
Purchased
over 5 years ago
Rated 5 out of 5
Saxon 8/7 Math with Dive
We had started with a different math system prior to Saxon. However, we were having a difficult time understanding how to complete the problems. Explanations not thorough.
Since, we started working with Saxon Math and Dive , we have been succeeding with all the problems. The explanation in the book along with the disc are very thorough. If you need further review, just stop disc and listen to instructor as many times as needed.
We will continue using Saxon through our Senior year. I highly recommend this curriculum.
November 9, 2016
Elizabeth T
Purchased
over 6 years ago
Rated 5 out of 5
We have used Saxon with the Dive CD for the last 3 years grades 5 to 7 This combination has changed math time completely it is no longer a frustrating time for us It is the best money I have spent for her math education I will continue to purchase it through high school Since Saxon lists the lesson number with each problem if she does not understand how to work the problem she can view that lesson on the Dive CD again Dr Shormann gives a few examples in each lesson and then he gives a few practice problems The student pauses the CD and works the problem and then they watch Dr Shormann work the problem to make sure they are working it correctly His examples and practice problems are different from the ones given in the book
February 3, 2010
Amanda Hilburn 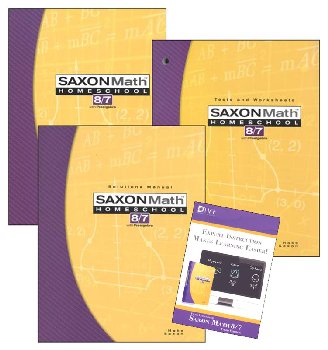