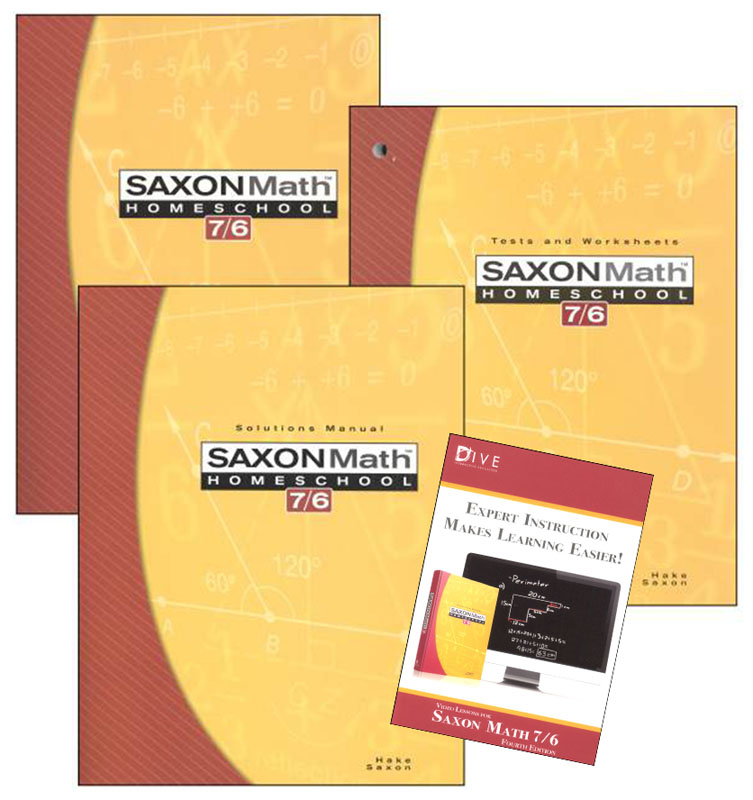 Category Description for COMPREHENSIVE PROGRAMS - ALL GRADES:
Primary Subject
Mathematics
Grade Start
6
Grade End
7
Format
Product Bundle
Brand Name
Saxon Math
Weight
0.0 (lbs.)
Powered by TurnTo
Questions that need answers | My Posts
Start typing your question and we'll check if it was already asked and answered. Learn More
Do not include HTML, links, references to other stores, pricing or contact info.
My question is about:

Powered by TurnTo
Review More Purchases | My Posts
4.0 / 5.0
4 Reviews
5 Stars
4 Stars
3 Stars
2 Stars
1 Star
3
0
0
0
1
Rated 5 out of 5
finally
Hello everyone! This math set has been a blessing in our family so far! :-) My daughter is thriving in this series of math and loves math! We have tried online courses which have been unsuccessful. I can even teach it which was worrying me. We work together and she loves the timed drills and the warm up activities. Thank you Saxon!
September 28, 2022
Daniel G
Purchased
5 months ago
Rated 5 out of 5
It was recommended to us by experienced teacher/homeschooler and I have to say that it was worth it getting a CD on top of the books. Kids love it . We tried Singapore math but it didn't work out for us. This one is perfect
November 16, 2020
Olga B
Purchased
over 2 years ago
Rated 5 out of 5
Excellent
My order came so quickly! We’re loving Saxon math! After many math curriculums were sold on Saxon! Thank you rainbow resources for the excellent service!
February 24, 2018
Courtney S
Purchased
over 5 years ago
Rated 1 out of 5
7/6 Dive CD-Roms
We love Saxon math. The Dive CD-Rom however is very dated (10 yrs) The CD does not allow you to download to your computer, it will only allow you to access information online.
It was a complete waste of money in our eyes not to mention very very dry and slow going.
November 9, 2015
Tracy M
Purchased
over 7 years ago 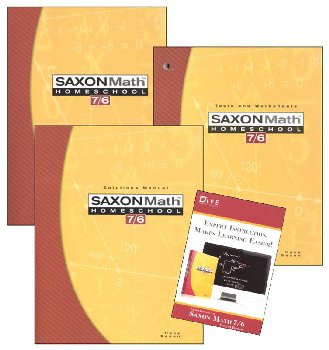