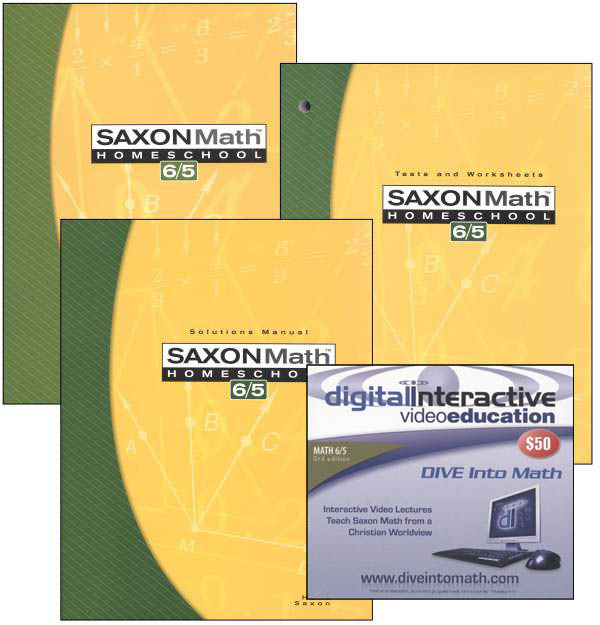 Category Description for COMPREHENSIVE PROGRAMS - ALL GRADES:
Primary Subject
Mathematics
Grade Start
5
Grade End
6
Format
Product Bundle
Brand Name
Saxon Math
Weight
0.0 (lbs.)
Powered by TurnTo
Questions that need answers | My Posts
Start typing your question and we'll check if it was already asked and answered. Learn More
Do not include HTML, links, references to other stores, pricing or contact info.
My question is about:

STs also provide worked solutions to every problem in the book - from the problem sets, the review sets, and the tests.

STs provide more actual content but some prefer the teaching style of Dr. Shormann from the DIVEs.
0
BEST ANSWER: Both Saxon Teachers and DIVEs use the same format.
Both are computer-based, showing a computer screen where the numbers appear as the teacher explains the concept.
Both teach through the lesson.
Both also work through the sample problems.

STs also provide worked solutions to every problem in the book - from the problem sets, the review sets, and the tests.

STs provide more actual content but some prefer the teaching style of Dr. Shormann from the DIVEs.
0
I can not speak for the Saxon Teacher CD, I have never used it. However, my two sons enjoy the DIVE DVD. He speaks very clearly and makes the lessons easy to understand. You only hear him speaking and see his writing board so there is no extra visual distraction.
Vote for the best answer above!

Powered by TurnTo
Review More Purchases | My Posts
5.0 / 5.0
3 Reviews
5 Stars
4 Stars
3 Stars
2 Stars
1 Star
3
0
0
0
0
Rated 5 out of 5
Loving This!
We are loving the Dive CD ! It give clear instruction and the problems in the book are great for mastering concepts. We've tried several math programs over the years, but are now saxon fans all the way!
November 7, 2016
April P
Purchased
over 5 years ago
Rated 5 out of 5
Excellent curriculum
Love Saxon math and the DIVE CD is a great help as well.
January 31, 2016
Stephenie C
Purchased
over 5 years ago
Rated 5 out of 5
Huge Help!
I have used this with two sons and a daughter and all have enjoyed their math study much more and have better understanding using the DIVE CD. This gives them greater flexibility as they can replay instuction if they missed something and lets them utilize technology to learn independently. I still check tests and help with concepts as needed. Examples used on the CD are often different than in the text so you can use the examples provided in the text to help explain or practice a specific skill if needed. I've taught for almost 17 years and have tried other math programs but I've always ended up coming back to Saxon.
October 28, 2015
User
Purchased
over 6 years ago 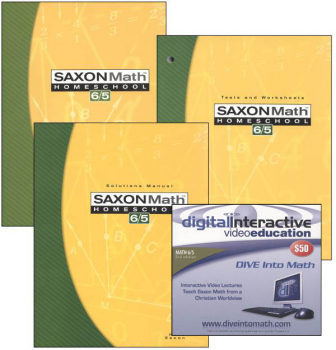