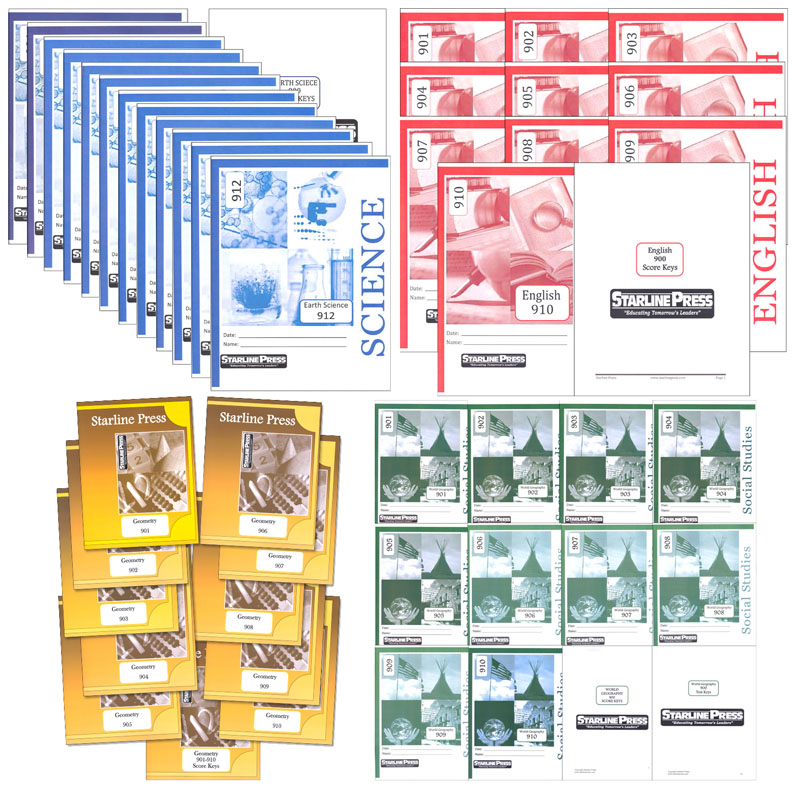 Math: GEOMETRY: Covers geometry basics: points and lines, line segments, rays, planes, and lines and points in planes. Students study definitions of angles, degrees, and how best to measure the size of angles. They are taught to classify angles by size and relation and how to bisect an angle. Students study parallelograms, properties of a trapezoid, ration and proportions, and the Pythagorean Theorem. Ninth grade students know, derive, and solve problems involving perimeter, circumference, area, volume, lateral area and surface area of common geometric features. Students know the definitions of basic trigonometric functions defined by the angles of a right triangle. They also know and are able to use elementary relationships between functions.

Science: Earth Science: Beginning with a history of how the Ancients, Greeks, Europeans and Modern Astronomers viewed the earth, students will study the varying beliefs on origins, space distance, dating techniques and discovering small planetary bodies. They learn the concept of a galaxy, galaxy classification, and about protogalaxies. Students will study the earth's layers, the Continental Drift Theory, seafloor spreading, types of tectonic plates, volcanoes and earthquakes. The Greenhouse effect, climates, the biosphere, thermal layers, and the ozone layer are also studied. Students will learn mountain regions, the desert, the great central valley region and the coastal ranges. No lab activities noted.

Social Studies: World geography is the focus of this year. Students will study the landforms, geography, and people of Mexico, Central America, the West Indies, South America, Africa, the Middle East, Asia, Australia, Antarctica, Europe, and North America. A country report is expected at the completion of unit ten. ~Sara

Primary Subject
Curriculum
Grade
9
Format
Product Bundle
Brand Name
Starline Press
Weight
0.0 (lbs.)
Powered by TurnTo
Questions that need answers | My Posts
Start typing your question and we'll check if it was already asked and answered. Learn More
Do not include HTML, links, references to other stores, pricing or contact info.
My question is about: 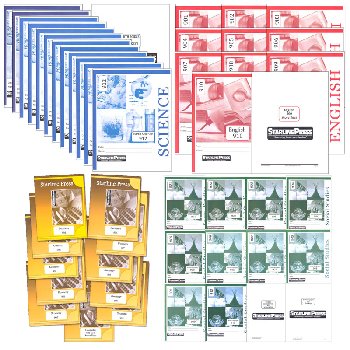