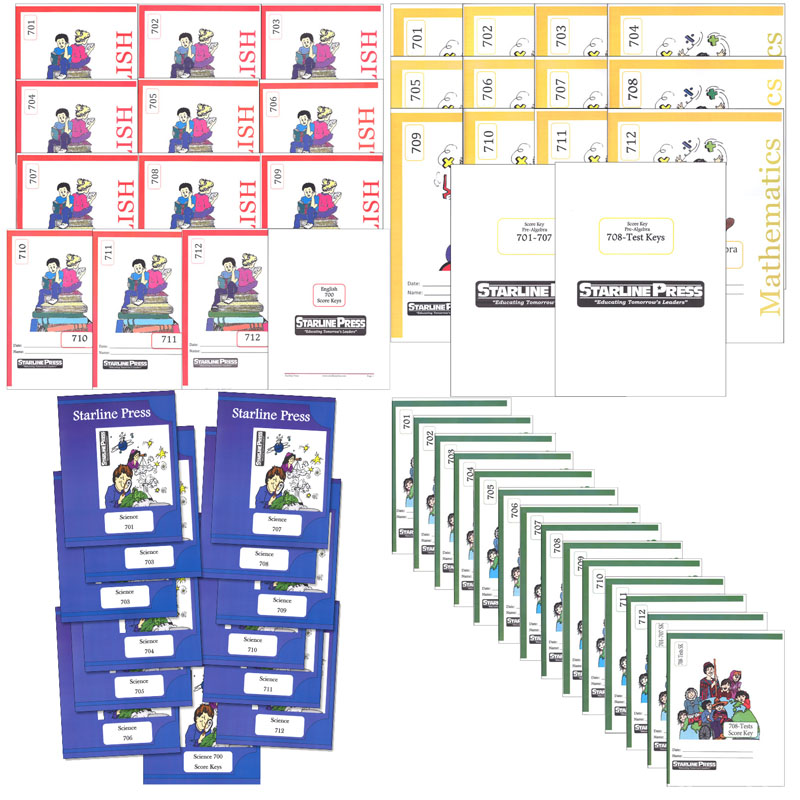 English: Readers study sentence structure, diagramming subjects and predicates, helping verbs and verb phrases and irregular verbs. Nouns as subjects, direct objects and predicate nominatives are studied. Seventh grade students also study proper, possessive, and predicate adjectives and prepositions, interjections, and conjunctions and how to use them properly in sentence structure. Students learn to use colons, semicolons, apostrophes, quotation marks, parentheses, dashes and hyphens effectively in sentences. They read a chosen novel, write a daily journal as they read the novel and complete a final review of the novel. They complete this process several times throughout the year with different types of literary works: novels, short stories and poetry. Spelling, vocabulary and grammar skills are strengthened.

Science: The text material introduces scientific equipment, how to conduct an experiment, and how to be safe in the lab. Students learn to classify the plant and animal kingdom and to identify life. Students learn cell structure and cell parts and the different jobs of the cell. They study the human body and how it works including the skeletal system, the heart, the respiratory system, the nervous system and the anatomy of the eye. Asexual and sexual reproduction is studied. Students study genetics, cloning, the theory of evolution and the origin of life. Through topic and project research a sample project is created and presented. Students are encouraged to be inquisitive and analytical. A lifelong interest in science is built with field trips and real-world experiences. Review copy did not include lab experiment samples, we will be updating information on our website when received, please see website or call for more information. The lab activities primarily use commonly found items. Contact us for a complete listing. You will need to supply a dissection tray, scissors, and dissection tools.

Social Studies: The text covers the Roman Empire including its geographic borders, social woes, religion and philosophy, as well as the crisis in Roman leadership and the military. Additional material regarding the eastern orthodox civilization and church/state relations are presented. Discoveries that changed China and Japan are studied as well as Mexico, Central America, and the rise of the Mayan Empire. Students are also introduced to Christian missionaries, Catholic and Protestant European regions, and the roots of the scientific revolution including Jewish, Christian and Muslim science. The Enlightenment period and Magna Carta are also introduced. Maps, timelines and bibliographies are incorporated into reports enabling students to outline and evaluate what they have learned. ~Sara

Primary Subject
Curriculum
Grade
7
Format
Product Bundle
Brand Name
Starline Press
Weight
0.0 (lbs.)
Powered by TurnTo
Questions that need answers | My Posts
Start typing your question and we'll check if it was already asked and answered. Learn More
Do not include HTML, links, references to other stores, pricing or contact info.
My question is about: 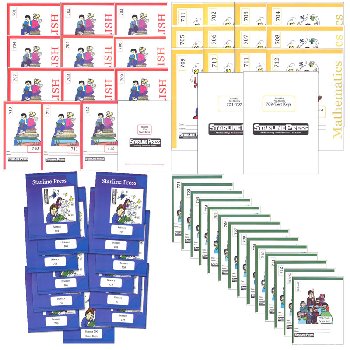