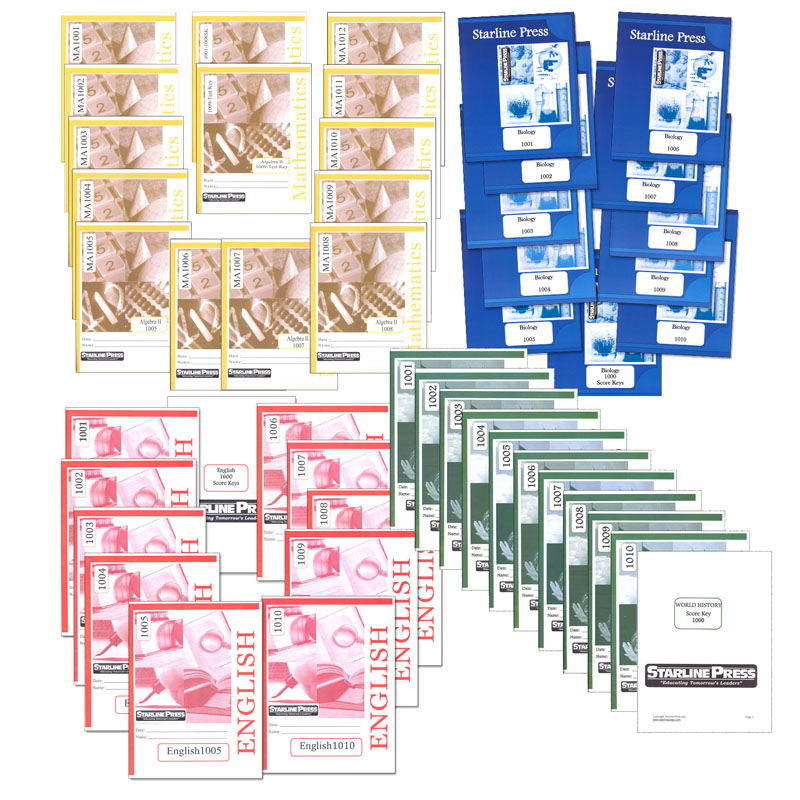 Math: ALGEBRA II: Students add, subtract, multiply and divide polynomials. They will also work with complex fractions, ratios, and proportions. The basics of quadratic equations, the square root method, and solving absolute value equations are also learned. Students learn about linear inequalities including their addition and multiplication properties. They also study logarithms and antilogarithms and how to work these problems on a calculator. Pascal's Triangle and the Binomial Theorem are studied. Students make and interpret scatter plots, as well as parabola basics and graphing parabolas. See the Scope and Sequence PDF for more details on which topics are covered in each booklet.

Social Studies: World history is the focus of this year. Ancient empires of Egypt, India, Greece and Rome are studied. Students study Judaism and Christianity, as well as Greek and Roman philosophy and religion. The origins of England, France, Spain and Russia are studied. They will also learn about the American and French Revolutions, the English Bill of Rights, and the French Declaration of Rights of Man. The Russian Revolution, the Nazis of Germany and allied leaders are studied. Students will learn the ten steps to writing a term paper, from selecting a topic, to conducting research and recording the location of your sources, to writing a final draft paper. ~Sara

Primary Subject
Curriculum
Grade
10
Format
Product Bundle
Brand Name
Starline Press
Weight
0.0 (lbs.)
Powered by TurnTo
Questions that need answers | My Posts
Start typing your question and we'll check if it was already asked and answered. Learn More
Do not include HTML, links, references to other stores, pricing or contact info.
My question is about: 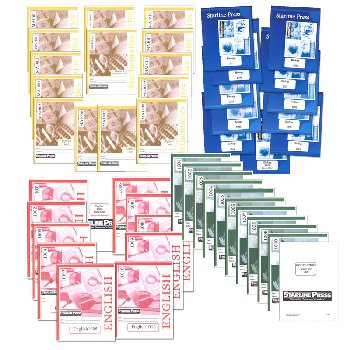