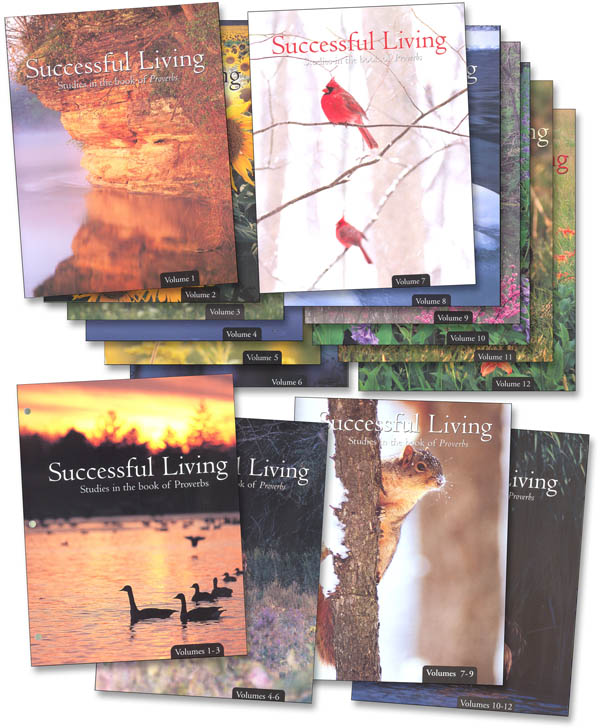 Successful Living Studies in the Book of Proverbs Package

Studies in the Book of Proverbs

This is a practical, in-depth Bible course that is used around the world in home schools and Christian Schools, covering such topics as: attitudes toward authority, how to be successful, handling money, resolving conflicts, developing good relationships, choosing friends wisely, facing life's temptations, making right choices, and establishing priorities. The principals taught are illustrated with relevant personal stories from the life of the author, John Walsh. Many Bible stories are also used to illustrate the truths of Proverbs.

When my husband was a young man he memorized the first nine chapters of Proverbs in order to prepare for being a godly husband and father. To some extent, the Successful Living studies are based on the same premise although the application is broader - the principles for living a godly life. In the very first few verses, Proverbs states its purpose as "to know wisdom and instruction, to perceive the words of understanding." This series of workbooks will help you study line-by-line through the first nine chapters of Proverbs.

If you're wondering why "just" the first nine chapters, it's because the study's author maintains that the first nine chapters are essays on the subject of wisdom while the last twenty-two are the collection of wise sayings we normally think of as "proverbs". He indicates that Chapter One is an introductory essay, Chapter Nine is the conclusion and the seven chapters in between are essays covering the basic subjects of commitment, happiness, education, marriage, work ethics, temptations, and finding wisdom throughout life. Designed as small, inexpensive workbooks (about 30 pgs each), the study combines fill-in-the-blank coverage along with overview, detailed analysis, instruction, writing assignments, historical illustration, and "think about it" questions. A pull-out test is included with each workbook, plus there are three quizzes spaced throughout the study with a pretest at the end for review. Each of the twelve workbooks follow this pattern and progress through the first nine chapters of Proverbs but obviously not one workbook per chapter. Answer keys are provided for workbook pages, quizzes, pretests and tests in the Answer Key volumes.

The study could be completed, I think, in either a calendar year (one book per month) or an academic year (three weeks per book) depending on the pace you want to keep. Reasonably priced, you could approach this study in a number of ways - either done individually by one student or as a group/family study where several secondary students complete their own workbooks at the same time. Regardless, I think it will be time well-spent, and your students will be better prepared to live a worthy Christian life. ~ Janice

Primary Subject
Bible
Grade Start
7
Grade End
AD
Format
Product Bundle
Brand Name
International Learning Solutions
Weight
0.0 (lbs.)
Powered by TurnTo
Questions that need answers | My Posts
Start typing your question and we'll check if it was already asked and answered. Learn More
Do not include HTML, links, references to other stores, pricing or contact info.
My question is about:

Powered by TurnTo
Review More Purchases | My Posts
5.0 / 5.0
1 Review
5 Stars
4 Stars
3 Stars
2 Stars
1 Star
1
0
0
0
0
Rated 5 out of 5
Successful Living Studies Bk of Proverbs
Materials arrived quickly and in excellent condition. I am very excited about this series. It will be perfect for my freshman granddaughter. I am using it as her Bible course for homeschool. It teaches very valuable life skills from the Giver of Life that are perfect for what teens go through these days. I am looking forward to the changes it will make in her life.
August 1, 2016
DeVon H
Purchased
over 6 years ago 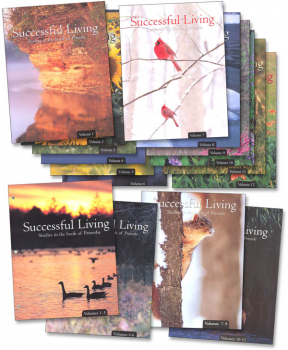