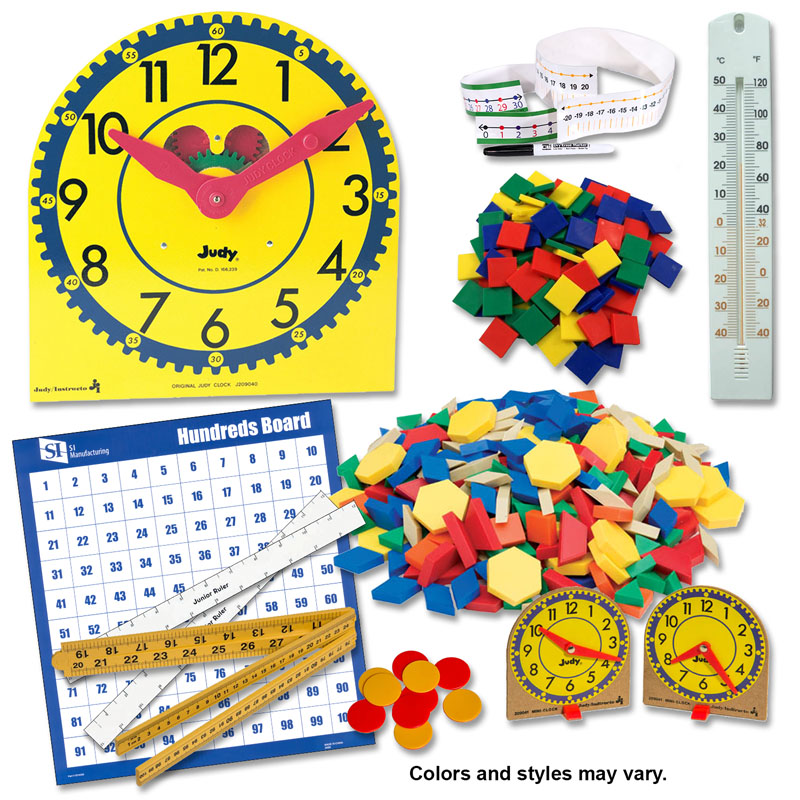 This kit includes all of the required and optional items needed for Saxon Math Grade 3 (please refer to the Manipulatives Overview button above for details), plus an upgrade to a set of 250 plastic pattern blocks (to replace the set of 100 plastic pattern blocks included in the standard kits), plus an upgrade to a Judy Clock (to replace the Geared Teaching Clock included in the standard kits). 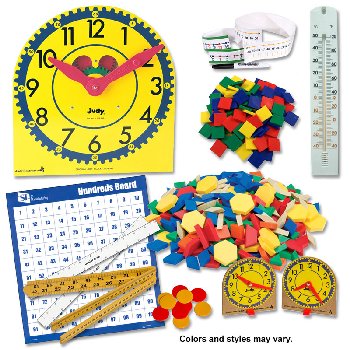