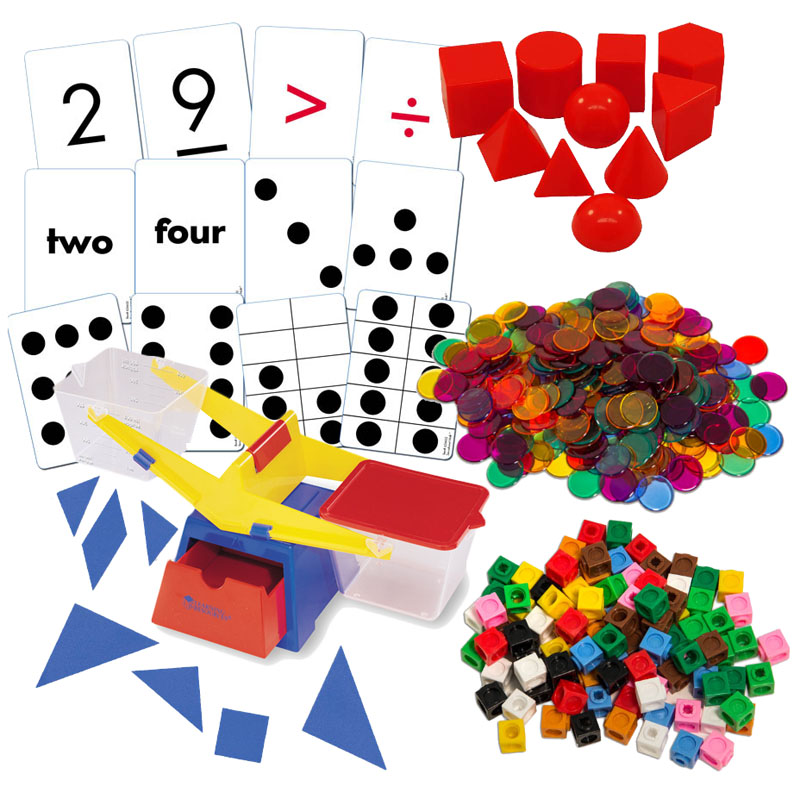 Use this basic manipulatives package for either Earlybird Math Standards edition or Earlybird Math Common Core edition. These are the manipulatives used consistently throughout the material. Items such as Attribute Blocks (which is only mentioned in one lesson) are excluded from this kit.

Bright, colorful workbooks, optional activity books, solid progression of first readiness skills (K4) and then introductory arithmetic skills all tied together with a user-friendly teacher guide. This is the Earlybird Kindergarten program - two levels (A & B) that can be used either as separate K4 and K5 programs (one book per year) or with quicker pacing as a kindergarten program (both books in one year). An adaptation of the original Earlybird math, the program has been slightly modified to align to Common Core. Mathematical concepts are systematically presented and reinforced using a concrete to pictorial to abstract approach.

The Textbooks (A & B) include the actual instruction and can be used independently of the corresponding Activity Book or the Teacher Guide. Each page has instructional notes at the bottom which are lightly scripted and labeled Introduction (manipulatives-based), Development, or Consolidation. Level A (8 units) covers matching/sorting; numbers to 5; to 10; ordering numbers; shapes; patterns; comparing sets; and measurements. Level B (7 units) covers comparing numbers to 10; numbers to 20; number bonds to 10; addition to 10; subtraction to 10; addition/subtraction; and numbers to 100. Review pages at the end of each unit serve as assessments. Math at Home tear-out sheets included with each book are designed to involve the family in learning activities. Manipulatives used by these books include: linking cubes, counters, domino cards, craft sticks, and geometric shapes.

The Activity Books add an element of hands on activities - and fun! Units parallel the textbooks and have a nice variety of coloring, pasting, writing, and games. Each book includes twenty-ish sets of cutouts in the back that are used in conjunction with a few of the book pages. The books coordinate with the Readers (from the Standards Edition) but can be used either independently of all the other components or as a companion to the Textbooks. Since the Readers are adaptations of familiar children's rhymes and stories, the Activity Books can even be used with books from the library or your own shelves. Big Books are mentioned in the TG in relation to the Activity Books but are not necessary and not sold by us.

The Teacher Guide ties everything together, providing reduced copies (with answers) of all student pages in both the Textbooks and the Activity Books. Each set of detailed lesson plans includes objectives, listing of CC standards applied, materials, vocabulary list, and the teaching sequence. Although these parallel and duplicate the instructions found in the Textbooks, the overall organization is a little clearer because you see how the unit pages work together to provide the Introduction, Development, Consolidation, Practice, and Conclusion parts of the various lessons. A number of resources are found in the back of the TG and include: complete listing of the CCSS for kindergarten, the K program curriculum map, reproducible masters for many of the manipulatives (such as domino cards) and additional activity sheets (patterns, picture cards, geometric nets). 225 pgs, spiral-bound.

All in all, this is a well constructed kindergarten math program, designed to prepare the child well for Primary Math (or any elementary math program). Frankly, the student books are delightful with colorful, engaging - almost entertaining - graphical representations of people and animals. The various options (with/without Activity Books; with/without Teacher Guides) give you a lot of flexibility in terms of expense without any real sacrifices in terms of actual mathematical instruction. Obviously using both the Activity Books and the TGs will round-out and make the program more full-bodied, but the actual mathematical instruction is still strong using just the Textbooks. ~ Janice

Primary Math CC (Common Core) (K-5) is aligned to the Common Core State Standards and is another adaptation of the 3rd edition. Only minor changes were made to the scope and sequence. Unit Reviews are no longer cumulative and Practices were removed although some of the content was incorporated into the lessons. 2014 copyright dates. Includes the Earlybird Kindergarten Math CC program.

Category Description for COMPREHENSIVE PROGRAMS - ALL GRADES:
Primary Subject
Mathematics
Grade
K
Format
Product Bundle
Brand Name
Rainbow Resource Center
Weight
0.0 (lbs.)
Powered by TurnTo
Questions that need answers | My Posts
Start typing your question and we'll check if it was already asked and answered. Learn More
Do not include HTML, links, references to other stores, pricing or contact info.
My question is about: 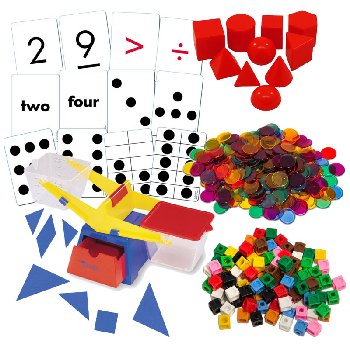