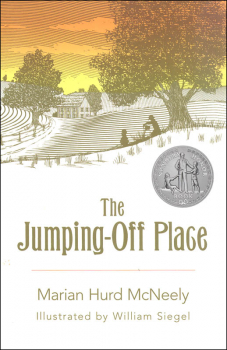 In the summer of 1910, four orphans leave their home in Wisconsin to "prove up" their claim to a parcel of land on the South Dakota prairie. Seventeen-year-old Becky Linville and her younger siblings Dick, Phil, and Joan hadn't intended to move to the newly opened Rosebud Reservation by themselves. But with their Uncle Jim's untimely death, the children are forced to follow up on the claim without adult supervision.
Uncle Jim left detailed instructions for his young relatives; but right from the start, homesteading turns out to be far more difficult than they expected. A family of ornery squatters have set up a shanty on the Linville claim and vandalized the property. A drought threatens the summer corn crop, and winter brings blizzards, relentless cold, and near-starvation. But prairie life isn't as lonely as it seems, and the Linvilles gradually form strong bonds within their far-flung community. The support of their new neighbors, together with their own growing self-reliance, helps the children rise to each challenge. An exciting tale of adventure, resilience, and triumph over adversity, this 1930 Newbery Honor Book was inspired by author Marian Hurd McNeely's homesteading years.