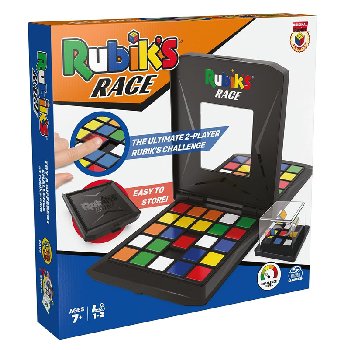 Another twist on the classic Rubiks Cube, this two-player game is played on a flat playing surface with sliding color tiles. Nine mini cubes are contained in a scrambler. Shake the scrambler and then race your opponent to duplicate the pattern by sliding your tiles be the first and you win! Youll need to assemble the game before use, but from there its a colorful race to the finish.CHOKING HAZARD (1). Not <3yrs.