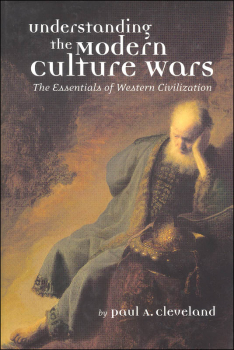 To fully understand the future of mankind, we must examine our heritage. Or as one author has written, "Those who cannot remember the past are doomed to repeat it." As one who had limited Western Civilization education, this introduction is one of the most straight forward and readable resources I have reviewed.

Beginning with a foundational understanding of the definition of civilization, the book is divided into four sections. In the first, The Mediterranean World, we examine the need for transportation, diversity and plunder; the economic, religious, and political life of early civilizations; early empires (Assyrians, Babylon, Persian); Ancient Greece; the Roman Empire and Christianity. Section 2: The Middle Ages examines the fall of Rome, rise of Islam and Western Europe; Feudalism; the spread of Christianity and the Roman Catholic Church, the Crusades; scholasticism of Thomas Aquinas and others; and the rise and growth of European cities: England, France and Spain. Section 3: The Early Modern Era surveys the Renaissance; the Protestant Reformation; the Advancement of Science; and exploration and trade. The final Section analyzes the ongoing battle between traditional Judeo-Christian faith and the new faith in naturalism. From the battle for human minds and hearts, he describes the momentous battle for political control with a historical look at the political catastrophes of Romanticism, from Rousseau to Marx to Hitler. Finally, he examines the battle for economic control from the Industrial Revolution to Socialist Mentality.

The author takes seriously his predefined task, "to describe the institutions, politics, commerce, religion, and arts and sciences of past civilizations in an effort to discern the values, beliefs, and ideas which served to shape those societies" prior to examining the commonly held, yet erroneous viewpoints that contributed to the collapse of historic civilizations. The detailed index and chapter study questions (without answers) make this a valuable resource for teens and parents alike. 415pgs, HC. ~ Deanne

This 415 page HB book chronicles the development of the foundational principles upon which our culture is established. This culture has been profoundly shaped by Christianity. It has allowed the people living within it to flourish to a greater extent than any other in human history. Today there are forces at work within our own educational institutions that are seeking to destroy this culture by denying its very foundational principles. If supporters of Western civilization fail to understand the basis upon which it rests, they may unwittingly succumb to this assault. Because of this, it is essential that those who wish to protect and advance the culture understand these principles. The aim of this book is to provide its readers with that understanding.The book is designed to be used as an introductory text in Western Civilization and is equally well suited for a church study series or for individual reading. Complete with study questions for each chapter as well as a comprehensive index.