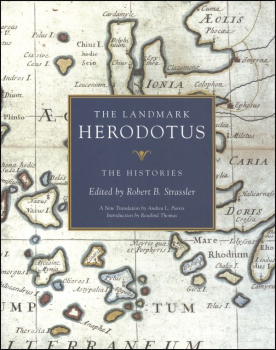 This extensive work by the Greek historian Herodotus is considered to be the first true piece of historical writing in Western literature. Based on the experiences of his travels, The Histories is a collection of Herodotus's encounters with the various peoples and cultures around the regions of the Mediterranean and the Black Sea. The Histories is also perhaps most well-known as one of the first, and surviving, accounts of the rise of the Persian Empire. To further enhance the learning experience, the book includes illustrations, maps, annotations, and appendices. The appendices were written by top scholars in their respective fields and cover such topics as Athenian government, Egypt, Scythia, the Spartan state, oracles, religion, tyranny, and women. Translated by Andrea Purvis. pb, 953 pgs. - Enh