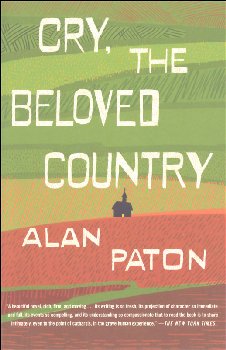 Stephen Kumalo is the reverend of Ndotsheni, which is a small town in South Africa. At the start of the story, he receives a very important letter from Theophilus Msimangu, who is a reverend in Johannesburg and has met Gertrude, who is Kumalo's sister and also very sick. He requests that Kumalo come to the Mission House in Sophiatown. Kumalo also decides it is time to seek out his own son, Absalom, who moved there years ago and has not so much as written since he has been away. Upon his arrival in Johannesburg, Stephen sees many things which trouble him. Though his town is distraught in poverty and famine, the troubles are different in the big city. Between apartheid and discrimination, crime, shanty-town living, and children born out of wedlock, Kumalo is most disturbed when he finds that these things have started to get the best of his very own relatives. When he finds Gertrude, she has nothing but the dirty clothes on her back and her young son. He decides to take her and her son in and finds them a more appropriate place to stay until they will return to Ndotsheni. Then he embarks on a seemingly endless search for his son. Finally, they find the house of his girlfriend, who is pregnant with Absalom's son. The truth about Absalom's life and the things he has done shows Kumalo more pain and disappointment than he has ever known. However, there are lessons learned here, and there is apparent good that outweighs the bad. Though Stephen Kumalo sees tragedy and hopelessness, he learns his beliefs in his religion and the faith he has in people can be enough to rebuild his leaky church, spread milk to dying children in his village, bring plenty to the parched lands, and to heal lives. Alan Paton's raw epic novel has even become a selection from Oprah's Book Club.

An Oprah Book Club selection, Cry, the Beloved Country, was an immediate worldwide bestseller when it was published in 1948. Alan Paton’s impassioned novel about a black man’s country under white man’s law is a work of searing beauty.

Cry, the Beloved Country, is the deeply moving story of the Zulu pastor Stephen Kumalo and his son, Absalom, set against the background of a land and a people riven by racial injustice. Remarkable for its lyricism, unforgettable for character and incident, Cry, the Beloved Country is a classic work of love and hope, courage and endurance, born of the dignity of man.