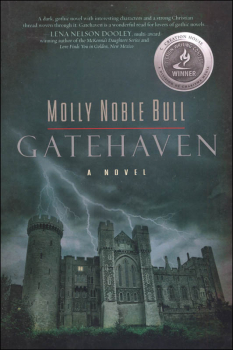 Set in Victorian England, this gothic-influenced novel follows Shannon Aimee, a young peasant woman from Huguenot-influenced Scotland. She is entirely content with her rather simple life, but exciting news arrivesthe Earl of Northon, an English nobleman, seeks her hand in marriage. But the Earl appears to be anything but noble. His manor in Northern England, Gatehaven, has long been plagued by stories of the occult, mystical practices, and tales of intrigue. Fearing for her safety, Shannon's childhood sweetheart Ian Colquhoun, a young man with dreams of becoming a pastor, covertly escorts her to England. All appears well, and the innocent Shannon has few doubts that the Earl truly loves her. However, the Earl, and a mysterious Frenchman with unexpected ties to Shannon, have their own motives for seeking her out.
Written in the same dark style as classic gothic novels like Wuthering Heights and Jane Eyre, Gatehaven is a satisfying Christian book which fits perfectly into its Victorian background, bringing along a more readable 21st-century style of English. It preserves many of the themes, mysteries, and vile villains of traditional gothic literature while introducing strong Christian values and characters. While it does not replace the essence of classics like Wuthering Heights completely, this is both a viable contemporary Christian replacement for teaching gothic literature and a good gothic novel in its own right. ~ Stephen

Gatehaven by Molly Noble Bull is a Christian Gothic historical novel set in a haunting mansion in the north of England where Ian Colquhoun and Shannon Aimee battle a Frenchman with dark secrets--spiritual warfare vs. the occult. Will they learn enough about God's words to defend themselves and others or will evil overcome them?