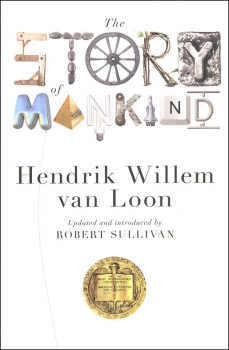 Hendrik Willem van Loon's masterpiece of world history for young adults, winner of the first Newberry award, has remained an enjoyable way to introduce world history. Even though the original author died in 1944 before the end of World War II a succession of authors has provided updated chapters to ensure the book stays current and a viable option. This latest updating includes chapters by Robert Sullivan that take the story from the end of the millennium (the extent of the previous update) through an evaluation of our current (copyright, 2014) forms of communication Chapter 90, Friends The Ways in Which We Changed How We Communicate with Each Other. Recognizing the appeal of the original, the previous updaters (Edward Prehn, Paul Sears and Edwin Broome in 1972; John Merriman in 1984 and 1999; with added illustrations by Adam Simon) and now the current updater have all maintained the same engaging conversational tone. An animated chronology (from 500,000 B.C. to A.D. 2000) and a complete index of people, places, and things mentioned in the book are provided in the back. 765 pgs. pb ~ Janice