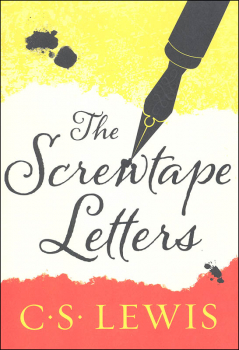 C.S. Lewis' brilliantly insightful book about the activity of the devil's assistants as they endeavor to steer a person onto and along the path of destruction. Through letters received from an uncle, we see how the battle the evil tempter Wormwood is fighting unfolds. Also included in this book is the article Screwtape Proposes a Toast, in which Screwtape (the uncle sending the letters to Wormwood), as the guest of honor at the Tempters' Training College, is giving a speech about temptation and how it is used effectively. Though a work of fiction, this book is an encouragement to all Christians to stand firm against the temptation to sin and turn from the Cross. 209 pgs, pb. ~ Zach