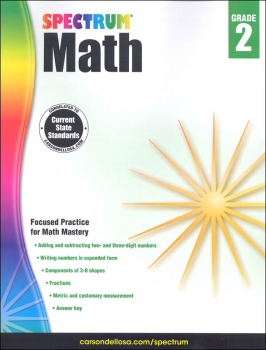 If you’re looking for a basic practice workbook, consider this series of educationally solid, quality books. From McGraw-Hill, these books have their roots in basal lines like SRA and Merrill (and other lines combined into the SRA group over the years). Because customers have asked for good, basic, interesting practice books, I’ve looked at many (including all the different ones those customers have mentioned). These are unquestionably the best - the best value, the most educational in content, the most interesting (even without little characters and graphic “gimmicks”); all in all the most complete, comprehensive and appealing of the lot. These are more like complete worktexts than mere practice books, but at a low cost. Material is secular but wholesome (some of it looks like it could have been culled from earlier textbook lines, before they “modernized”) and traditional in format, but varied and involving. All series are written to be primarily self-instructional. The pages are all perforated and answers are included. Below are the titles of each series and the grade levels available (a separate worktext for each grade level). Each subject series is described in more detail in the appropriate sections of the catalog (see index for locations).

Primary Subject
Mathematics
Grade
2
ISBN
9781483808703
EAN
044222238537
Format
Paperback
Brand Name
Spectrum
Weight
0.85 (lbs.)
Dimensions
10.75" x 8.5" x 0.5"
Powered by TurnTo
Questions that need answers | My Posts
Start typing your question and we'll check if it was already asked and answered. Learn More
Do not include HTML, links, references to other stores, pricing or contact info.
My question is about: