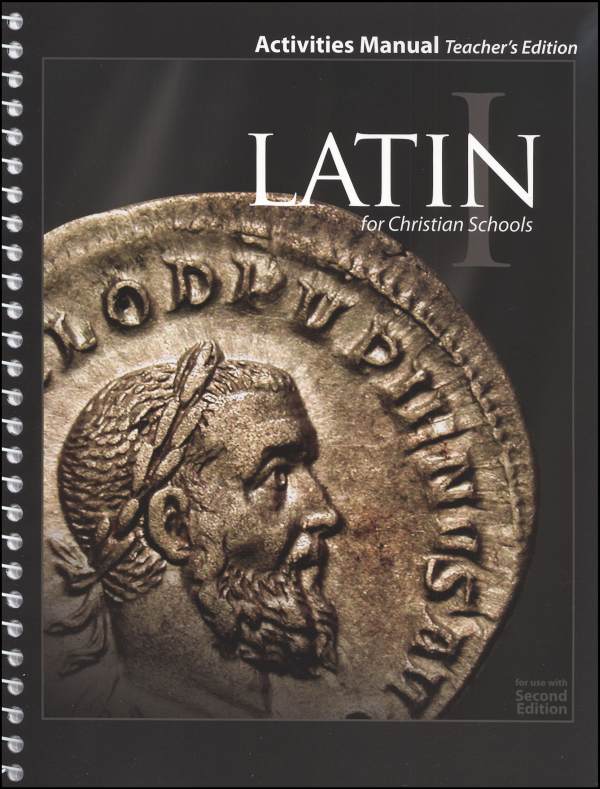 As you would expect, Bob Jones provides a thorough and comprehensive introductory Latin program. Structurally similar to their Spanish I, there is strong grammar coverage including five noun declensions, nominative, accusative, genative, dative, ablative, and vocative cases, verb tenses through perfect and passive as well as adjectives (three declensions), pronouns, and prepositions. Readings trace Roman history from the early kings through the Empire but with an eye toward Biblical history (i.e. Palestine under Roman rule) as well as passages from Jerome's Latin Bible and other Roman writers. The 400 page, paperback Student Text includes the above as well as a number of helpful appendices. The Teacher's Manual is a wrap-around text w/ reduced student pages as well as translations, vocabulary, background and instructive information along with indicators for the Pronunciation CD usage. The Activities Manual provides reinforcement activities for each chapter. Tests include chapter tests, a midterm and final. ~ Janice 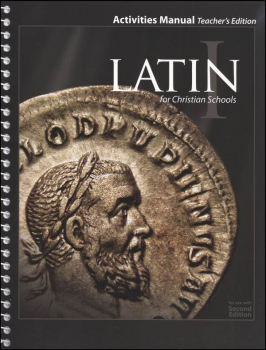