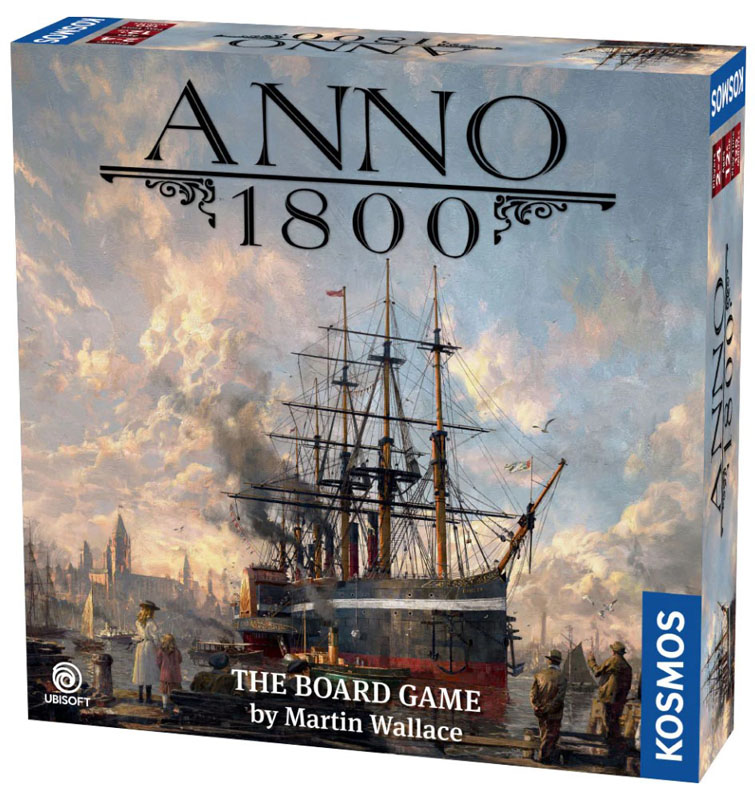 Anno “in the year” 1800 you find yourself tasked with building a new island community. It is a daunting challenge in which you start with limited industrial capabilities and a small population. Your lone shipyard contains two ships – one ship provides trading tokens to help open new trading routes and engage in trade with other new island communities. The other ship furnishes exploration tokens to enable your community to explore new lands, enlarge your land for industrial capacity and draw additional exploration cards to add to game end scoring. By growing your population, enlarging their skillsets, leveraging resources and making wise trading decisions, the best industrialist will certainly win favor with the queen and win the game! Key elements in this game are resource management, population expansion and gaining and managing card play – which reward players with immediate advantages as well as influence points at the end of the game. Planning and strategizing to add resources to those that players begin with and knowing when trading for resources is the best strategic move vs. adding to one’s own production capacity are key in this game. Also important are building, upgrading and managing the population across all skill levels in the most efficient way so that resources can best be produced using your present industry capabilities. Because the end-goal is to win the game, card play should drive strategy with regard to resource acquisition and management. Cards provide a large majority of the influence points which are required to win this game. The core cards are population cards of which players start with nine and obtain more throughout the game as they add population to their player boards. At the beginning of the game, five objective cards are placed in the general game play area to provide everyone additional scoring opportunities. Players also have chances to draw and score additional points using expedition cards, which become available through population card play or spending exploration tokens. The end of the game triggers when one player has played all the cards in their hand. Once this occurs, players total all game points and the player with the most points wins the game. Because of the varying strategic opportunities, challenges and enjoyment of cascading resource growth and management that this game brings, it was one of my favorite new games of 2020. I highly recommend this game for those of you who like a medium difficulty game with longer playtime. For 2-4 players with a 2-hour playtime. ~ Marsha

The sun is rising on the age of industry; will you rise too? Anno 1800 is an epic city-building strategy board game based on Ubisoft’s popular PC game of the same name. Players strive to build up their industrial might as they develop an island society at the dawn of the industrial age. Investing in their nautical fleets enables trade and expansion to new territories in the old and new worlds, but players must focus above all on maintaining the health and happiness of the citizens of their home islands. While the population is initially satisfied with food and clothing, in time it will demand valuable luxury goods. Players must plan their development strategies and supply chains carefully while keeping an eye on the distribution of specialized roles within their territories. The objective of the game is to plan for an even distribution of farmers, workers, craftsmen, engineers, and investors. But beware, because the competition never sleeps. Players may steal new achievements out from under each other’s noses at any time! Whose island will prosper and whose will fall?

Primary Subject
Games, Puzzles & Toys
Grade Start
7
Grade End
AD
EAN
814743015920
Format
Other
Brand Name
Thames and Kosmos
Weight
4.0 (lbs.)
Dimensions
11.75" x 11.75" x 2.88"
Powered by TurnTo
Questions that need answers | My Posts
Start typing your question and we'll check if it was already asked and answered. Learn More
Do not include HTML, links, references to other stores, pricing or contact info.
My question is about: 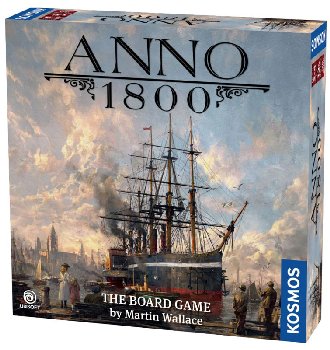