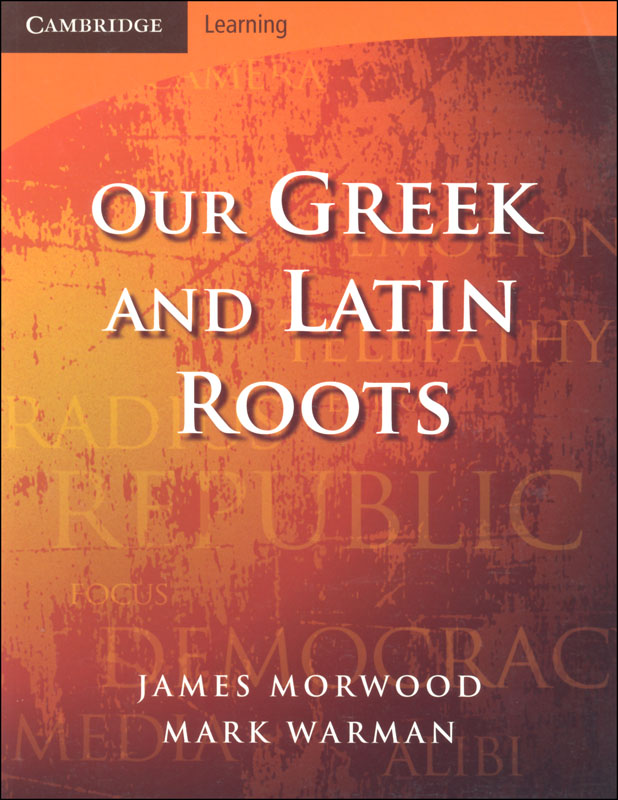 Our Greek and Latin Roots

The Greek and Latin languages once dominated the world and have played a significant part in developing English, still permeating today’s usage. This second edition begins by overviewing Latin’s historic spread to Britain, then how Latin and Greek specifically influenced English (with concrete examples). Unit 7 helps explain differences between English and Greek grammar. The last unit includes a smattering of interesting vocabulary: unique root words including Roman numerals, Greek and Latin gods, animal names, and more. A wonderful addition to an ancient history, Latin, Greek, or English study, this text relays the ancient languages’ influences on modern English (in government, daily life, and through history) while challenging readers with additional gray-text questions sprinkled throughout (answers typically not provided). A great accompaniment to a word roots, Western Civilization, or English study, this Cambridge Press book includes some British spellings and European references but remains extremely accessible and engaging. References “the Christian God,” Latin’s use in the Roman Catholic church, and includes charts, a few simple maps, and a brief timeline. 9 1/2"x 7 1/2". 72 pgs, pb.

Charts the historial spread of the classical languages throughout the English-speaking world and uncovers the central part they play in giving English its current shape. Latin and Greek are often called 'dead' languages. Our Greek and Latin Roots takes readers on a journey of exploration through their own language, helping them to uncover just how central a part Greek and Latin play in giving English the shape it has today. Full of fascinating information and stimulating exercises, this book is entirely accessible to teachers and students with little or no knowledge of classical languages. 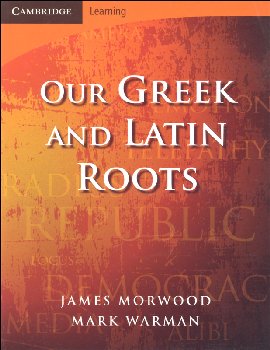