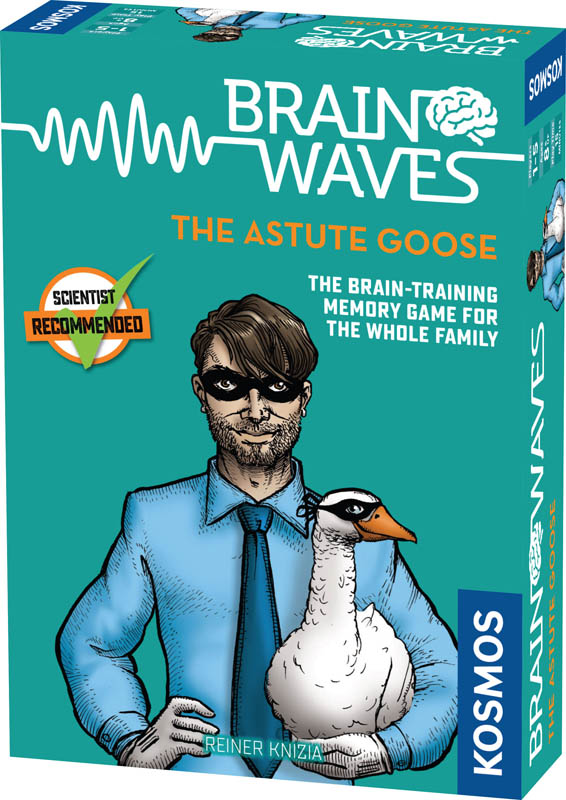 How well did you see the suspect? This brain-challenging game tests your powers of perception and recall! Each suspect is virtually identical, except for the color of his clothes, his accessories, and his pet accomplice. Players take turns studying the beginning suspects, then cards are placed face down and play begins. Two dice are rolled; one identifies the suspect, the other determines the feature to recall. Was his shirt red, yellow, green, blue, or purple? Was he wearing a bow tie, scarf, key chain, striped shirt, or necktie? Was he accompanied by a dog, cat, parrot, rat, or goose? The number of suspects varies depending on the level of play. Subtitled "the brain-training memory game for the whole family, this card game accommodates 1-5 players. Game are short at approx. 15 minutes. ~ Megan

In Brainwaves: The Astute Goose, players must identify a burglar hiding in a crowd. What did the culprit look like? What color were their clothes? And what animal accomplices did they have with them?

Suspect cards are assigned a number, from one to six. Players look at these cards, then turn them face down. On a turn, a player rolls the two dice: one showing a number, the other a characteristic of a burglar card. If the player can identify the correct item on the correct burglar card, they claim that card as a reward, and then put a new card in its place. Whoever collects the most cards wins.

Primary Subject
Games, Puzzles & Toys
Grade Start
3
Grade End
AD
EAN
814743014299
Format
Other
Brand Name
Thames and Kosmos
Weight
0.4 (lbs.)
Dimensions
7.0" x 5.0" x 1.5"
Powered by TurnTo
Questions that need answers | My Posts
Start typing your question and we'll check if it was already asked and answered. Learn More
Do not include HTML, links, references to other stores, pricing or contact info.
My question is about: 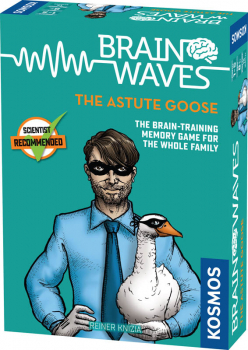