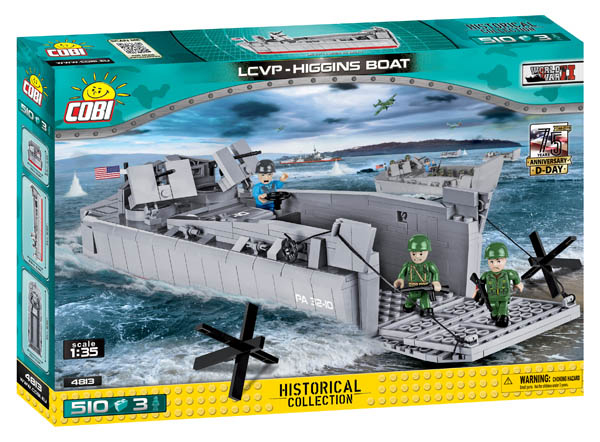 The landing craft, vehicle, personnel (LCVP) or Higgins boat was a landing craft used extensively in amphibious landings in World War II. The craft was designed by Andrew Higgins based on boats made for operating in swamps and marshes. More than 23,358 were built, by Higgins Industries and licensees.

Satisfactory in most respects, the boat's major drawback appeared to be that equipment had to be unloaded, and men disembarked, over the sides, thus exposing them to enemy fire in combat situations and making unloading time consuming and complex.

The LCVP had two machine gun positions at the bow.

Primary Subject
Games, Puzzles & Toys
Grade Start
3
Grade End
AD
EAN
5902251048136
Format
Other
Brand Name
COBI
Weight
1.9 (lbs.)
Dimensions
12.0" x 17.62" x 2.38"
Powered by TurnTo
Questions that need answers | My Posts
Start typing your question and we'll check if it was already asked and answered. Learn More
Do not include HTML, links, references to other stores, pricing or contact info.
My question is about: 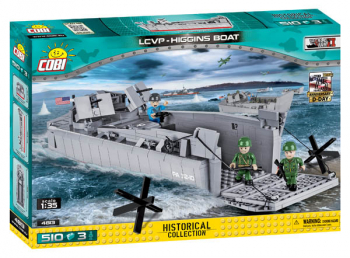