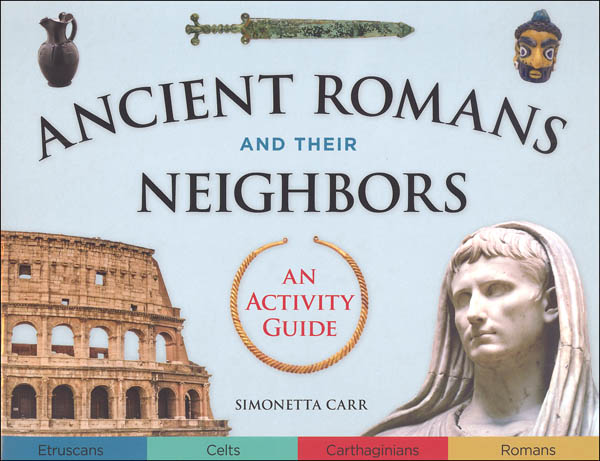 Ancient Romans and Their Neighbors

The ancient Romans lived thousands of years before our time, but they left an indelible influence on our language, buildings, laws, ideas of liberty and citizenship, and much more. Ancient Romans and Their Neighbors will teach children to recognize these enduring marks and to appreciate the rich culture of ancient Rome. But the Romans didn't do it all alone. They learned a lot from their neighbors--fascinating cultures that are more relevant than many imagine. The Etruscans, inhabitants of modern-day Tuscany, created a unique, colorful and highly refined culture, pioneering many elements of architecture, art and fashion that have been attributed to the Romans. The Celts, who have long captured popular imagination with fascinating stories of druids and magic potions, were a complex and resourceful population that left an important mark in much of Europe. The Carthaginians are normally remembered because of Hannibal's daring crossing of the Alps on African elephants, but there is much more to their history and culture, which made them for a time the most powerful force along the Mediterranean Sea. Well-researched and based on the latest findings, this unique comparison of ancient civilizations is also full of engaging activities that will give children a taste of daily life in ancient times.