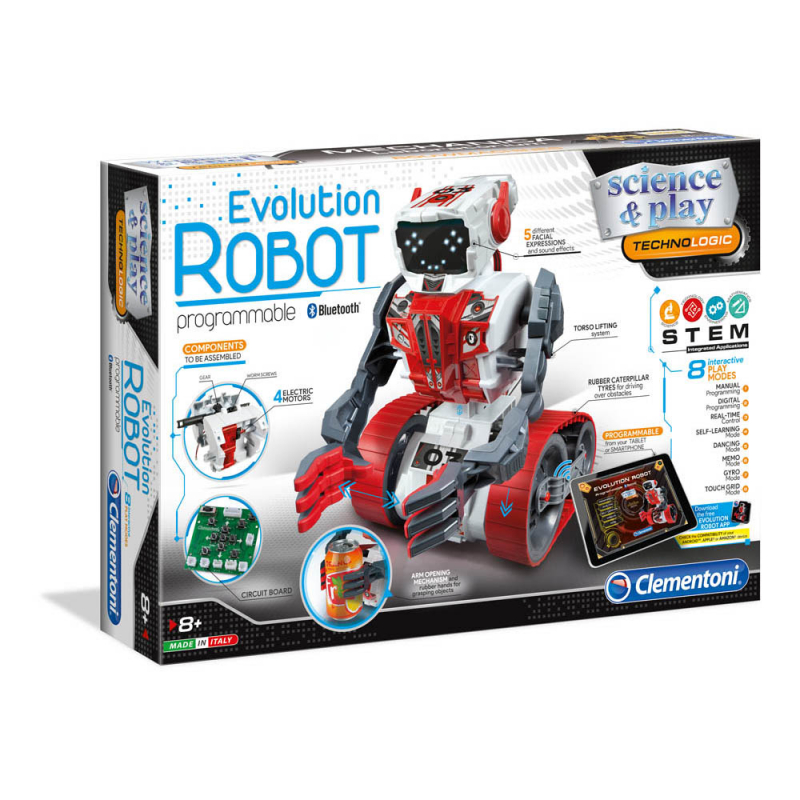 Part real-world education, part toy! Build the Evolution Robot while learning from the comprehensive guidebook about robotics, electronics and programming. Once assembled, the robot can move on its tracks and pick up and transport items. The robot is capable of generating sounds, music, voice messages, and "facial" expressions. Programming can be accomplished via the free app for cell phones and tablets or by using the keyboard on the robot's back.

Discover the latest frontier in the world of robotics in an easy and engaging way. Once the robot has been built it can be programmed to pick up and transport objects thanks to its moving arms, torso and crawler tracks.

" Download the Evolution Robot app that Clementoni has developed for tablets and smart phones to program the robot, make the robot move in real-time, allow the robot to self-learn, or operate in dancing and memo modes.

" The comprehensive guidebook is rich with information about robotics, electronics and programming as well as instructions about constructing the robot.

Primary Subject
Science
Grade Start
3
Grade End
AD
EAN
8005125750238
Format
Other
Brand Name
Clementoni
Weight
5.1 (lbs.)
Dimensions
14.25" x 21.0" x 3.62"
Powered by TurnTo
Questions that need answers | My Posts
Start typing your question and we'll check if it was already asked and answered. Learn More
Do not include HTML, links, references to other stores, pricing or contact info.
My question is about: 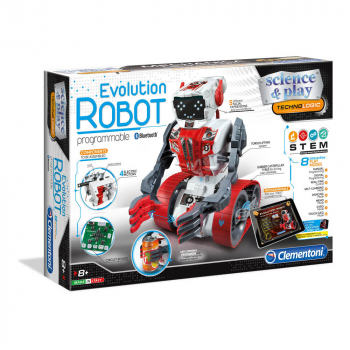