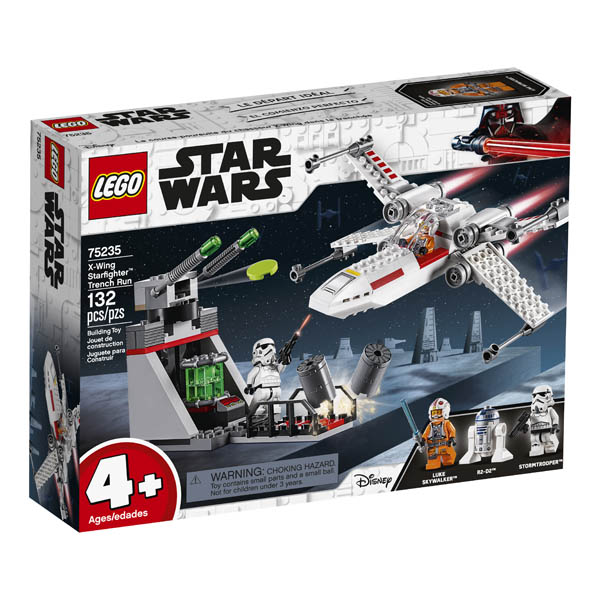 Zoom into action in Luke Skywalker's X-wing Starfighter! But watch out, the Stormtrooper is at his gun tower and is taking aim! Can you fly Luke to safety before he fires?

" LEGO® 4+ sets are specially designed to be fun and easy for youngsters and help to grow their confidence with simple building steps for the perfect start to LEGO brick building." Includes 2 LEGO® Star Wars minifigures: Luke Skywalker in his X-wing pilot suit and a Stormtrooper, plus an R2-D2 LEGO figure." This set features an easy-to-build X-wing Starfighter and a turret with firing disc shooters." X-wing, as seen in the blockbuster Star Wars: A New Hope movie, features opening wings and a cockpit to sit Luke in, plus a Starter Brick base to quickly get your child building and playing in an exciting LEGO® Star Wars galaxy far, far away." Weapons include Luke's Lightsaber and the Stormtrooper's blaster." LEGO® 4+ introduces your child to a wide universe of their movie favorites, TV characters and everyday heroes." LEGO® 4+ play sets were previously branded as LEGO Juniors and are compatible with all LEGO building toys for creative play." Makes an ideal gift for preschoolers and youngsters." Combines with the 75237 TIE Fighter Attack and 75247 Rebel A-Wing Starfighter 4+ sets for loads of fun-filled Star Wars adventures in the stars." X-wing LEGO® Star Wars construction toy measures over 3" (9cm) high, 5" (15cm) long and 7" (18cm) wide.

Primary Subject
Games, Puzzles & Toys
Grade Start
1
Grade End
9
Note 1
Item only ships to U.S. destinations. It will cancel
Note 2
automatically if shipping to non-U.S. destination
EAN
673419303842
Format
Other
Brand Name
LEGO
Weight
0.8 (lbs.)
Dimensions
7.38" x 10.25" x 2.38"
Powered by TurnTo
Questions that need answers | My Posts
Start typing your question and we'll check if it was already asked and answered. Learn More
Do not include HTML, links, references to other stores, pricing or contact info.
My question is about: 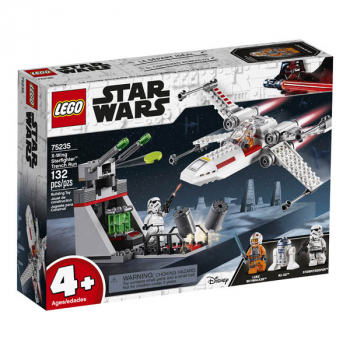