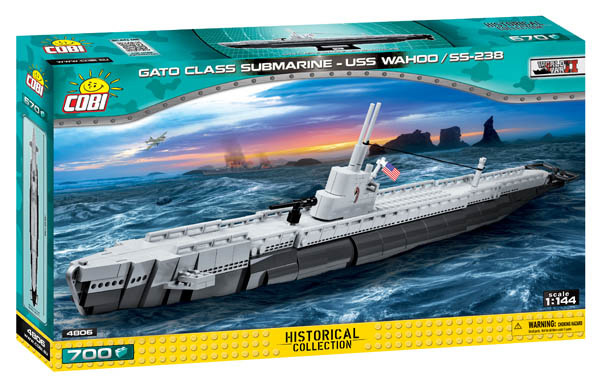 Primary Subject
Games, Puzzles & Toys
Grade Start
3
Grade End
AD
EAN
5902251048068
Format
Other
Brand Name
COBI
Weight
2.5 (lbs.)
Dimensions
12.0" x 19.62" x 2.62"
Powered by TurnTo
Questions that need answers | My Posts
Start typing your question and we'll check if it was already asked and answered. Learn More
Do not include HTML, links, references to other stores, pricing or contact info.
My question is about:

Powered by TurnTo
Review More Purchases | My Posts
5.0 / 5.0
3 Reviews
5 Stars
4 Stars
3 Stars
2 Stars
1 Star
3
0
0
0
0
Rated 5 out of 5
Excellent COBI submarine
Great submarine. 9 yo son loves it. Bought the book, Dive!, to add history and context to the submarine. He wants other WW2 sets now. He’s quite skillful with bricks, and had no problem building it.
December 31, 2020
Sarah V
Purchased
1 year ago
Rated 5 out of 5
Cobi submarine Gato USS Wahoo.
Good building, nice looking, fit great on shelve is you office
July 2, 2020
Walter W
Purchased
over 2 years ago
Rated 5 out of 5
My kids cant get enough of these!
Good quality and fun to study the place of this in history.
January 8, 2019
Scott H
Purchased
over 3 years ago 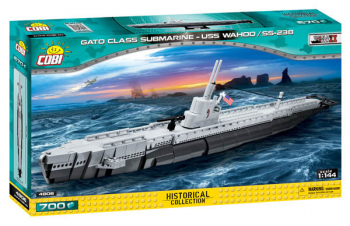