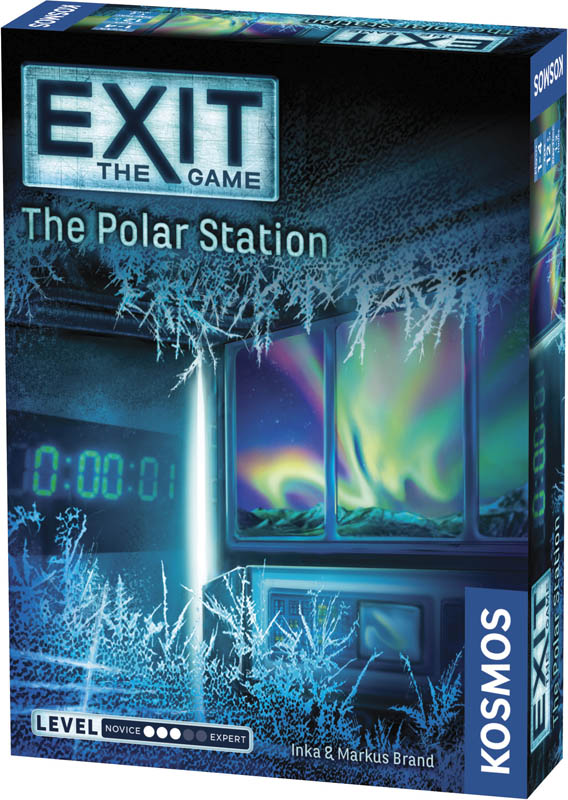 What could go wrong in an Antarctic research station? Unfortunately for you, plenty. An evacuation call was sent out, but you were just a little too late getting out. Will you be able to escape your research lab before you freeze to death? Difficulty level: 3 / 5; 1-4 players.

A wonderfully mild morning in the Arctic only -15 Celsius! You belong to a large research organization, which is divided between several stations. As part of Division IMB-Q-12, you are researching climate change at the North Pole. Everything is strictly secret and you have no idea what the missions of the other teams are. From Division IMB-Q-13, for example, have not seen or heard anything for weeks.

Suddenly the evacuation alarm goes off! You run to the door, but it has already been locked automatically. = Through the window you can see your colleagues from the other stations run to the helicopters. You are left alone in the freezing Arctic ...

You crawl into an adjacent station via a ventilation shaft. Again, the door is already locked. The lab is devastated and you wonder what happened here. Then you find a notebook and a strange disk. Everything in the room is secured with numbered locks. Then it dawns on you that only if you can figure out all of the codes to unlock the locks in time, can you escape. If not, this will be your bitter (cold) end.

This game can be played only one time because you must markup, fold, and tear the game materials to solve the riddles and escape.

Category Description for Exit: The Game:

Escape rooms are a real treat. Being trapped in a mysterious room with your friends and family...knowing that anything around you could be a clue to a convoluted riddle...the pressure of the clock counting down...and driving back home with hours of discussion of what you could have done differently. Unfortunately, most of us don't get to do escape rooms very often. But if you enjoy the type of logic involved in escape rooms, you'll probably like these games which are also a fraction of the cost! Having done a real escape room, I can tell you that the puzzles in these games are just as complicated as the real thing, and as a bonus, don't require an app or batteries. All you need are a few pencils, paper pads, a timer, and a pair of scissors. In the game box, you'll find riddle cards, answer cards, help cards, a booklet, a decoder disk, and some "strange objects" which you'll use in puzzles later in the game. Like a typical escape room, your first move is to take a look around the "room" to find clues & riddle cards. The puzzles involved are an interesting mix of logic, leaps of logic, and activities. Word scrambles, dot-to-dots, magic eye pictures, word riddles, scraps of letters and numbers, chemical tables, etc. are just some of the various "pieces" of the head-scratching brain teasers you may encounter. When you think you have figured a riddle out, you can check your answer by entering it into the decoder disk; it will tell you if you were right, wrong, or maybe correct and move you along in the game. If you get stuck, you can always consult the help cards for clues. When you and your friends have solved the last puzzle, you're done! Check your score by seeing how long it took you and how many help cards you had to use. It's worth noting that each title is for one play only, since you will mark up, tear, fold, and cut the materials. Each scenario has a difficulty score from 1-5, easiest to hardest. Game times average 1-2 hours.

Primary Subject
Games, Puzzles & Toys
Grade Start
7
Grade End
AD
EAN
814743013155
Format
Other
Brand Name
Thames and Kosmos
Weight
0.6 (lbs.)
Dimensions
7.0" x 5.12" x 1.56"
Powered by TurnTo
Questions that need answers | My Posts
Start typing your question and we'll check if it was already asked and answered. Learn More
Do not include HTML, links, references to other stores, pricing or contact info.
My question is about: 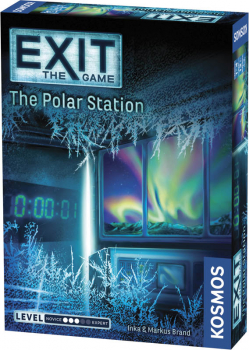