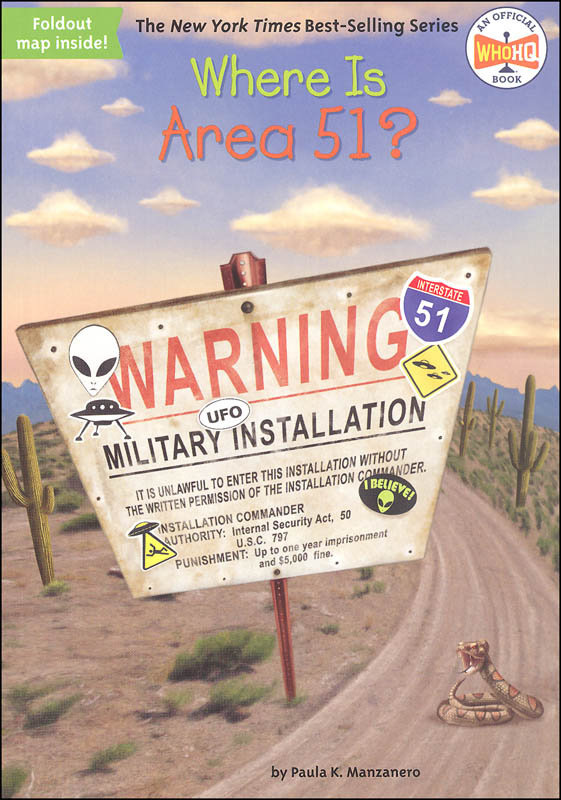 If you have never heard of Area 51, hang on for a fascinating, fast paced journey into one of the military’s most talked about secrets. Separating rumor and reality, this enlightening book looks at the top-secret Nevada Air Base known as Area 51. Beginning with its geographical location, the text then considers Area 51’s secrecy, popular conspiracies, as well as its historical role in intelligence gathering. It also addresses the topic of Area 51’s future and speculation about the developing Area 52 compound. Along the way, readers have mysteries revealed and new mysteries exposed! This captivating book appeals to the curious learners in your family. Includes pull out map (approximately 10” x 7 ½”). 108 pgs, pb. ~Deanne

You'll find it on a map--but you'll never get anywhere near this top secret military base. What exactly is going on there?

Is Area 51 a top secret military base that lies in the middle of the barren Nevada desert? Or could it actually be a facility for examining aliens and their spaceships? People can't drive anywhere close to it; the US government rarely acknowledges its existence; and until recently, the airspace overhead was restricted! Conspiracy theories abound about what goes on at Area 51, especially since 1947 when strange objects were found in the middle of a field in Roswell, New Mexico. Author Paula K. Manzanero explains why Area 51 was established and reveals the mystery behind those unidentified flying objects in the sky. Check out this book and decide what you believe. 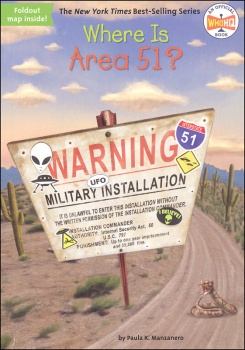