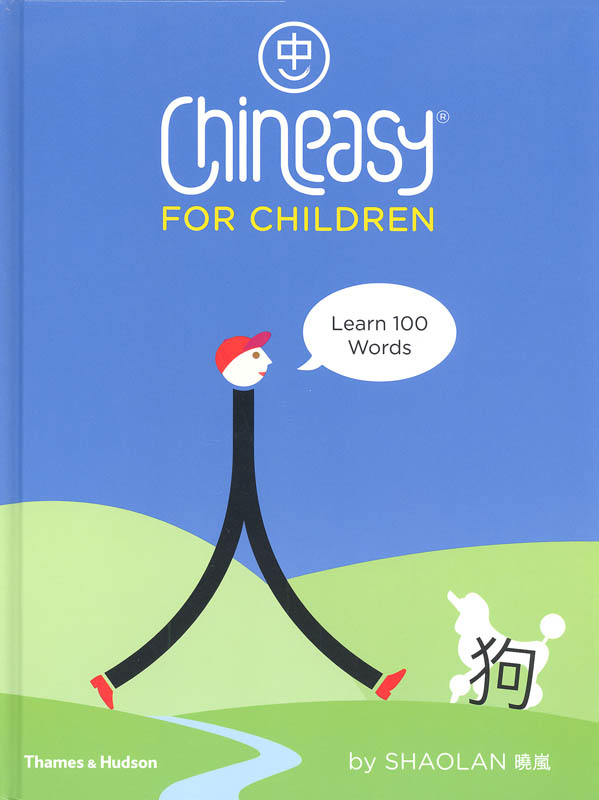 Introduce 100 basic and useful Chinese characters by imagining them as pictures. Large characters are superimposed on pictures of what they represent. See the word for “horse” atop a horse drawing; the word “ear” on Van Gogh, and more. First, characters are theme organized: my world, animals, nature, and China. The English, read-aloud text engages by asking questions, playing page “hide and seek,” and more. Next, a picture dictionary shows the same 100 characters organized by concepts: body, people, food, animals, planets, and the like, with a small visual, the word in English (pinyin). A brief explanation of characters is included as well as pronunciation helps for parents. An English index with Chinese characters ends the book. Note: uses standard simplified (mainland Chinese) characters and British English spellings. 80 pgs, hc. ~ Ruth

The simple, super-smart way for children to learn their first 100 Chinese words.

A lively introduction for children to written Chinese, Chineasy® for Children makes learning Chinese fun and simple. The book features playful illustrations by Noma Bar that relate each character's shape to its meaning, alongside games and activities to making learning interactive. Introductory spreads explain how Chinese is written in pictograms --characters form building blocks for other words and sentences. Subsequent spreads feature lively scenes that help chidlren to recognize over 100 Chinese characters. The book is organized by themes such as numbers, family, animals, and food, each section covering vocabulary within that topic. Stories about the development of characters and customs provide the perfect introduction to Chinese culture, while games and activities allow children to put into practice what they have learned. The book also features a picture library of characters for avid linguists to memorize as well as guidance on Mandarin pronunciation. 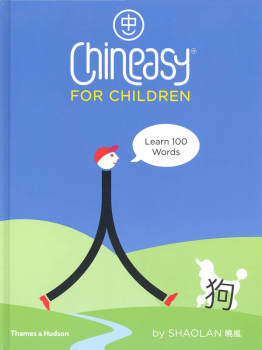