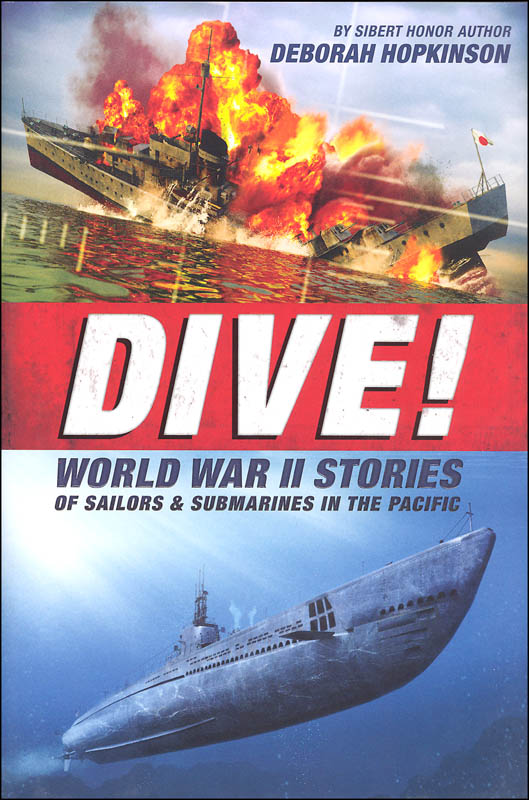 Dive! World War II Stories of Sailors & Submarines in the Pacific tells the incredible story of America's little known "war within a war": US submarine warfare during World War II.
Following the attack on Pearl Harbor, the US entered World War II in December 1941 with only 44 Naval submarines, many of them dating from the 1920s. With the Pacific battleship fleet decimated after Pearl Harbor, it was up to the feisty and heroic sailors aboard the US submarines to stop the Japanese invasion across the Pacific.
Using first-person accounts, archival materials, official Naval documents, and photographs, award-winning author Deborah Hopkinson brings the voices and exploits of these brave men to life. 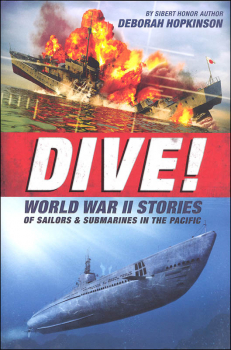