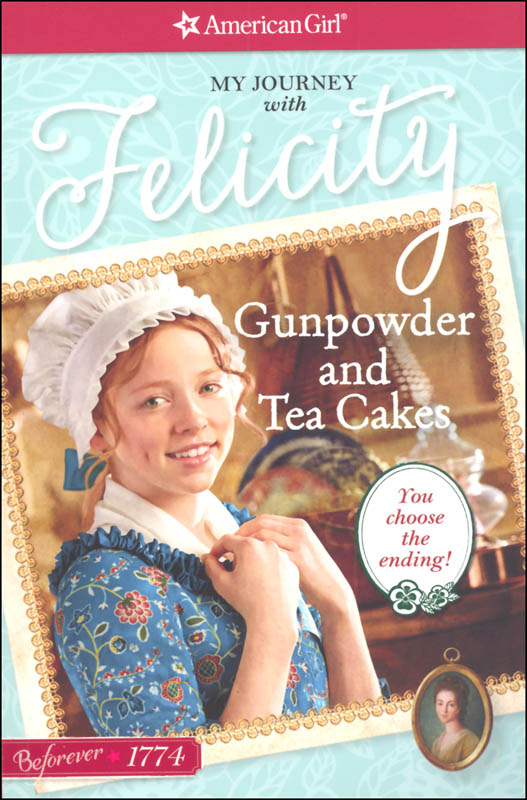 Beforever Felicity: Gunpowder and Tea Cakes (My Journey with Felicity)

"My name is Felicity Merriman," says a girl her age. Instead of shorts or jeans, she's wearing a long blue gown. "Have you just arrived in the city?" She must be one of the junior interpreters, she thinks. She's really good, like an actor.

She decides to play along. "It seems so."

Felicity nods. "Many have arrived since the royal governor schemed to steal the colonists' gunpowder in the dark of night. Patriots have been streaming into Williamsburg like a river in flood!"

What if a girl suddenly found herself in Felicity's world during the American Revolution? Together, she and Felicity could hang out at her father's store, sip tea at the Governor's Place - or get caught up in a gunpowder plot! As she reads, she decides what happens next by choosing her own path through this multiple-ending story.

Historical fiction at its finest for girls. These books each focus on a different American girl from a particular time in American history, each with a different lifestyle, heritage, hopes, and desires. These are popular with their audiences because the girls are so easy to identify with and the stories realistically portray what life was like at that time with events, styles and culture expertly interwoven. Our girls devoured these when they were younger, and although the series has undergone some changes, the stories are still available for a whole new generation. There are two books available for each historical girl and are abridged. The softcover books are formatted like chapter books (104-110 pages) with full-color illustrations and several pages of additional historical content at the end. Please note that the series is changing from "Beforever" to newer editions with each girl's name featured more prominently on the cover and our inventory will gradually change to the new editions. 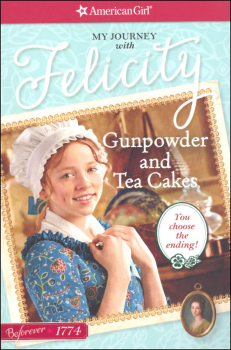