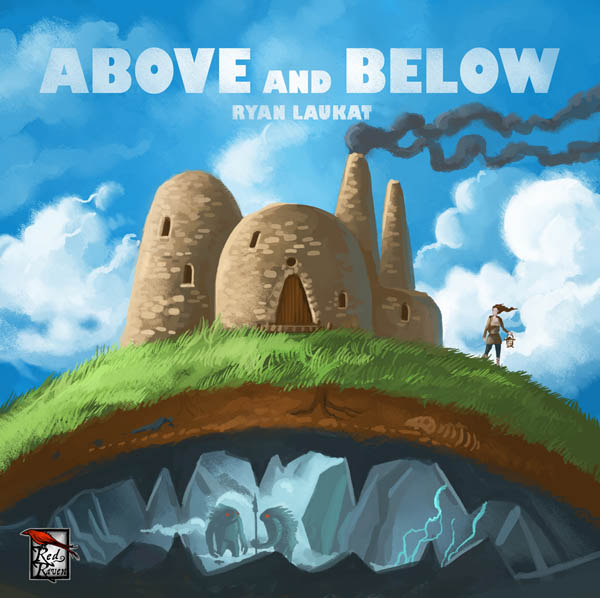 Above and Below Game

A seemingly infinite system of caverns has been discovered below your village, waiting to be explored! In this quirky fantasy game, you and up to three other players control small bands of villagers attempting to expand and improve their villages. Each turn, players use all available villagers to Build, Harvest, Train Villagers, and Explore. Those who dare to explore the caverns beneath the village face a variety of descriptive, story-like events, and the player chooses how to proceed. Some encounters are riskier than others, and failure will leave the player with wounded, exhausted villagers, and perhaps even a loss of reputation but success means riches and glory for your village! As players explore and earn money, they can Build houses and cavern outposts for bonuses, Harvest resources for trade, income, & Village Points, and Train new villagers. The game progresses until 7 rounds have passed; the player with the most Village Points wins.

One of the most unique games I've played, it flows like a narrative as players expand & explore: game events come from a 48-page encounter guide, filled with over 200 narrated events. Since players experience few each game, it can be replayed over and over without much risk of spoiling the encounters. The game additionally features beautiful fantasy artwork, limited competition, fun & balanced mechanics, and easy-to-follow rules. Nominated for numerous 2015 Golden Geek awards. 2-4 players; 75 minutes.

Above and Below is a mashup of town-building and storytelling where you and up to three friends compete to build the best village above and below ground. In the game, you send your villagers to perform jobs like exploring the cave, harvesting resources, and constructing houses. Each villager has unique skills and abilities, and you must decide how to best use them. You have your own personal village board, and you slide the villagers on this board to various areas to indicate that they've been given jobs to do. Will you send Hanna along on the expedition to the cave? Or should she instead spend her time teaching important skills to one of the young villagers?

A great cavern lies below the surface, ready for you to explore-- this is where the storytelling comes in. When you send a group of villagers to explore the depths, one of your friends reads what happens to you from a book of paragraphs. You'll be given a choice of how to react, and a lot will depend on which villagers you brought on the expedition, and who you're willing to sacrifice to succeed. The book of paragraphs is packed with encounters of amazing adventure, randomly chosen each time you visit the cavern.

At the end of the game, the player with the most well-developed village wins! 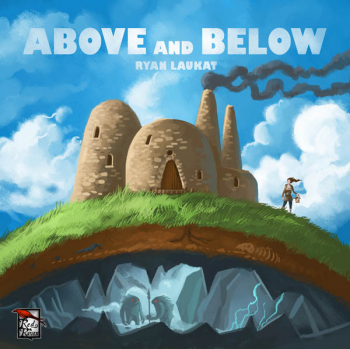