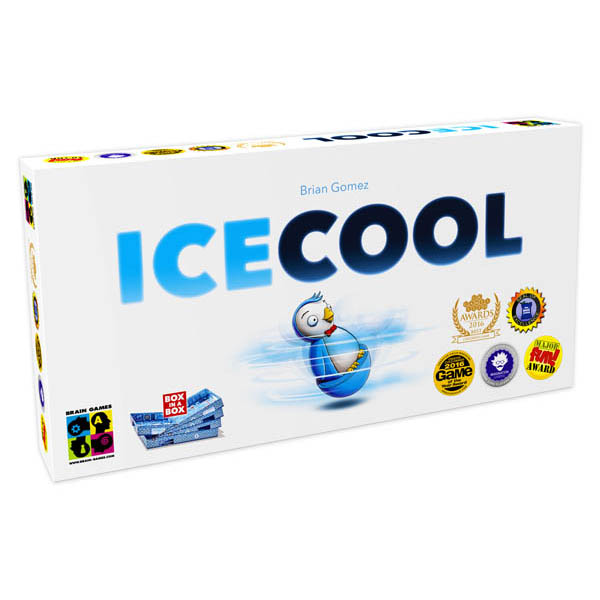 Winner of the 2017 Kinderspiel des Jahres (Children's Game of the Year) award, this fast-paced game is all about physical dexterity... Or should I say, flick-sical dexterity? In Ice Cool, players become penguins in a school hallway, flicking their pieces to make them spin, roll, and hop through doorways and over walls. One player takes on the prestigious role of Hall Monitor. The rest of the players are bent on misbehaving: their collective goal is to nab fish in the hallways before lunchtime! These "Runners" must flick their penguins through doorways to collect fish while the Hall Monitor tries to intercept them. Once the Hall Monitor has caught each mischievous penguin once, or a penguin has succeeded in collecting all three of his color's fish, the round ends and the duty of Hall Monitor passes to another player. After everyone has been Hall Monitor once, the game ends and the player with the most fish wins! This is a game that all ages can enjoy on an even footing.

Ice Cool 2 is a standalone sequel that comes with a new box layout and new rules: players may combine cards to take extra turns or move fish, as well as attempt difficult tasks (such as jumping over a wall) to earn extra fish cards. Or, combine with the original Ice Cool for an extra-cool experience! Putting the sets together allows for new layouts, 8-player games, and a new "Race game mode.

Powered by TurnTo
Review More Purchases | My Posts
4.7 / 5.0
3 Reviews
5 Stars
4 Stars
3 Stars
2 Stars
1 Star
2
1
0
0
0
Rated 5 out of 5
Great!
Six-year-old boy and his four-year-old sister both enjoy it.
January 2, 2021
Amy E J
Purchased
over 2 years ago
Rated 4 out of 5
Fun game for the whole family
Kids and dad liked this game. The app that you can download to show you how to play the game is very glitchy so it isn't any help. Watching a Youtube video is the best way to learn how to play. We like this game, but usually don't do all the rules. Kids have fun just trying to get each other's penguin.
August 30, 2020
Ann B
Purchased
over 2 years ago
Rated 5 out of 5
Ice cool -fun and fabulous
My family has loads of fun playing this game.It is appropriate for all ages to play together.My preschooler can play right along with my teens.It takes some skill development to learn how to flick the penguins through the doors but once the techniques are learned the game provides many fun times of play.This game is a winner!
January 8, 2018
Joslyn M
Purchased
over 4 years ago 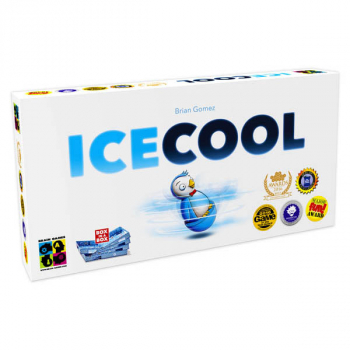