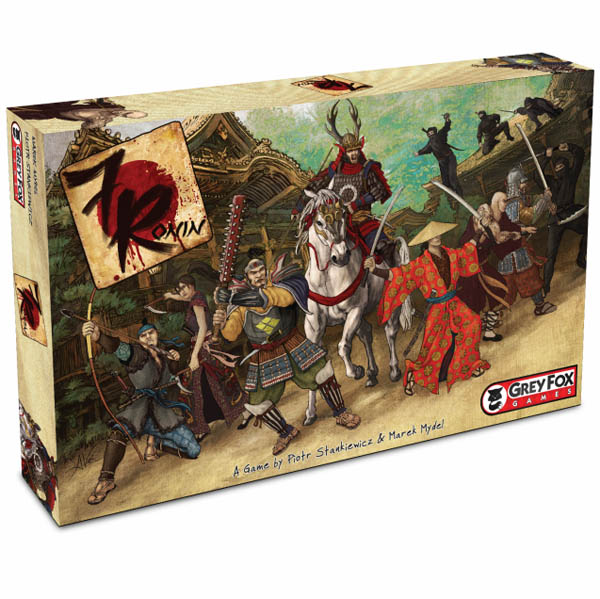 Plagued by a clan of vicious ninjas, a small Japanese village has finally gathered enough coin to hire 7 Ronin (masterless samurai) who ply their deadly trade as mercenaries. In this asymmetrical strategy game, one player takes on the role of the 7 Ronin, defending the village from the opposing player's clan of deadly ninjas. Gameplay revolves around the Village"11 different areas on a board which provide the second player (ninja) unique abilities at the end of each round. Each turn, players secretly deploy their respective pieces"the Ronin or the ninjas"to the 11 different areas of their planning boards. When finished, players reveal their boards and place their pieces on the public board. If ninjas and Ronin end up on the same areas, combat breaks out as the ninjas attempt to take over the village! However, the Ronin have a few tricks up their sleeves: special abilities which make life a little tougher for the ninjas (i.e. moving to areas with ninjas, healing wounded Ronin, or even removing ninjas without causing damage). If the ninjas have occupied enough of the village, or have driven off the Ronin, they win. However, if the Ronin manage to defeat all the ninjas or last 8 rounds, they win! With beautiful artwork, intense gameplay, and plenty of replay-ability, this two-player game time lasts 15-30 minutes and is perfect for competitive strategists.

7 Ronin is an asymmetric two-player game in which one player controls a group of ninja attacking a village that's defended by seven ronin (masterless samurai), which are controlled by the other player. The ninja player wins by occupying five of the village's ten areas, while the ronin player wins by surviving eight rounds. 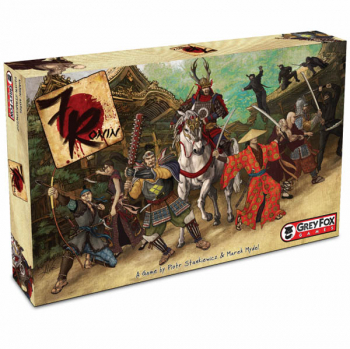