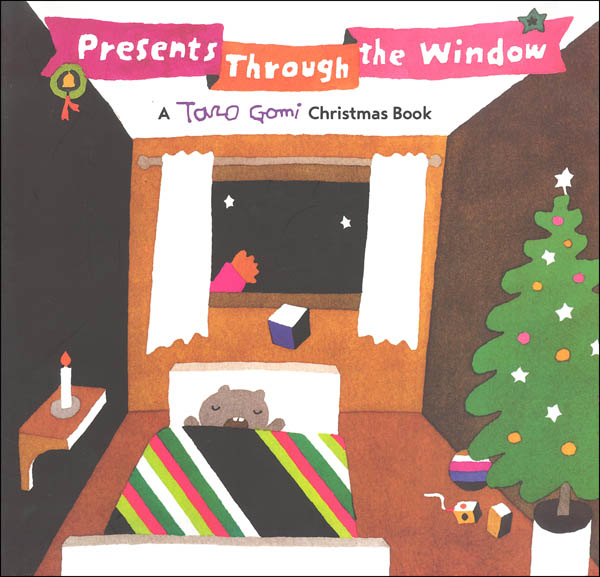 Presents Through the Window

It's Christmas Eve, and Santa is delivering presents to all the animals in town. Instead of coming down the chimney, Santa simply looks through the window to figure out what each animal might want. Unfortunately, looks can be deceiving, and Santa ends up giving terribly mismatched gifts! What he thinks is a zebra is actually three swans sleeping against a black wall, and his gift of a black-and-white scarf doesn't seem to do them any good at all. Yet thankfulness and sharing save the day, and everyone is happy Christmas morning. This Taro Gomi book features a cheery Asian Santa and cut-out pages (windows) for children to speculate on the animal identity (and laugh when Santa gets them wrong!). 38 pages, hc.

Pink suit. Moustache. Helicopter. This may not be your ordinary Santa, but it's still a daunting Christmas Eve challenge! There are so many presents to deliver, and so little time. It's a good thing Santa has a plan. He'll just peek into every window and toss in a gift. Done! The trouble is, Santa is moving much too quickly to see who really lives in each house. With interactive cut-outs throughout, readers will delight in following Santa's lightning-speed Christmas antics as they discover the true (and hilarious) identities of the gifts' recipients! From the beloved and bestselling Taro Gomi, here is Christmas cheer for all! 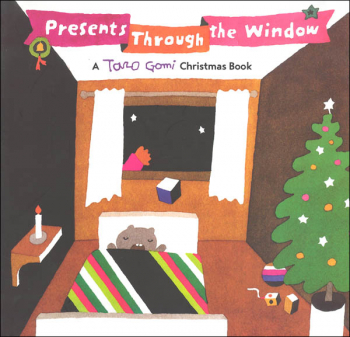