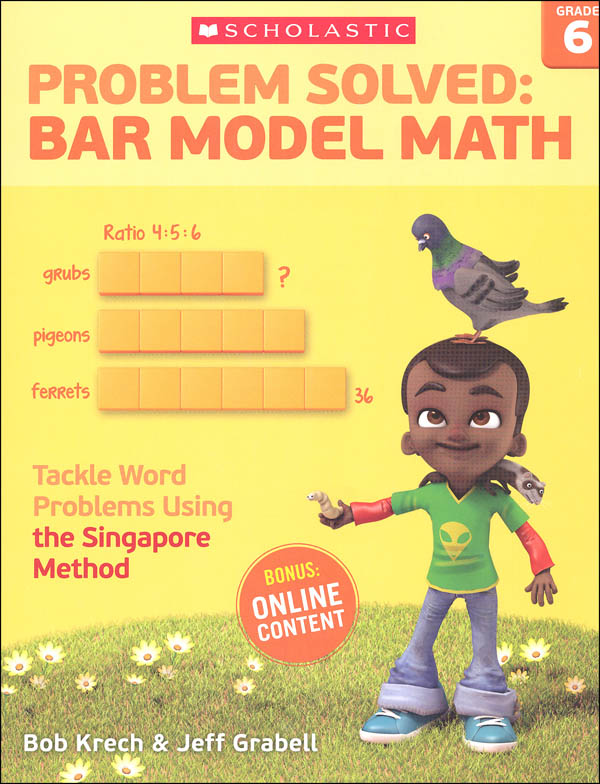 Help students solve word problems with confidence using the proven Singapore bar modeling method. Twenty mini-lessons teach students how to use this effective strategy to tackle problems with fractions, decimals, ratios, algebra, and more. Each lesson comes with four problems that increase in difficulty, along with scaffolded instruction to support all learners. A must-have resource to help get students ready for testing! Includes companion online materials for whole-class lessons.

Bar modeling is a mystery to many who are trying to do math today. Bar modeling is a method employed by the Singapore math programs, Math Mammoth, and others and uses models to help student learn to think about and solve word problems. This series by Scholastic adds that extra explanation and practice that might be needed at the elementary level. There are 20 short lessons in each book that explain the method in specific areas of problem solving, along with reproducible pages to work the problems. Students will learn to draw the model and solve problems using the visual. Practice with the basic functions of addition and subtraction at the lower levels and with multiplication, division, fractions, decimals, and multi-step problems as students build in their understanding of the method. This would also be a great help to mom and dad, if the math of today has you stumped. 96 pgs, pb. ~ Donna 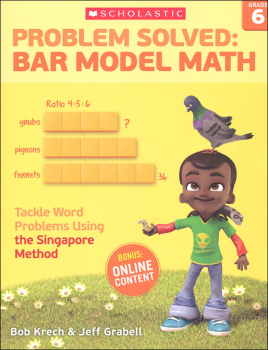