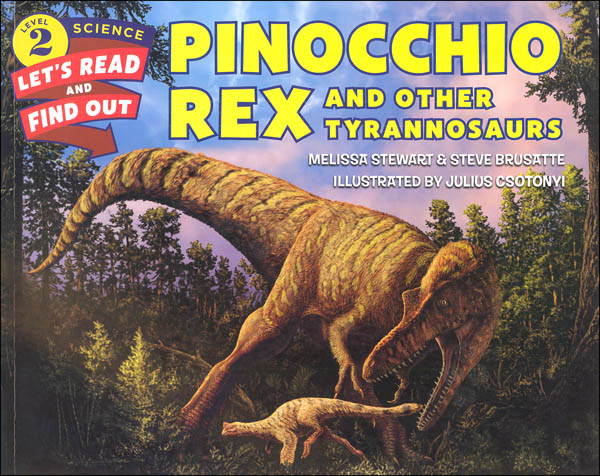 Everyone knows that Tyrannosaurus rex is the huge dinosaur with sharp claws and tiny arms. But in this Level Two LRFO from acclaimed science writer Melissa Stewart, you'll learn that T. rex is not the only tyrannosaur that existed in prehistoric times.

In the last fifteen years, scientists have found many tyrannosaurs, including one with a really long pointy nose. The coauthor of this book, Dr. Steve Brusatte, went to China in order to help ID the dinosaur that he would give the nickname Pinocchio Rex!

This book is the perfect overview of the exciting new discoveries in the land of tyrannosaurs. Read and find out how tyrannosaurs evolved"from the tiny Dilong to the enormous T. rex. The book also includes an infographic, activity, and glossary, as well as "Dr. Steve Says" sidebars that give readers insight into what it felt like for Dr. Steve to be involved with the discovery of P. Rex!

These are favorites at our house! Mark is extremely science-oriented (and Janine seems to be following in his footsteps). He spends hours pouring over Visual Dictionaries and Wildlife Encyclopedias and watching Wonders of God's Creation and other science videos. He is really quite knowledgeable for his age. While it is no surprise that he liked these science books also, I was surprised that they were not too "simple" for him, with the availability of all those adult-level books. Much can be absorbed from these - they illustrate and explain advanced concepts at levels children can appreciate. The narrative is a blend of story and information and the illustrations (including visual aids such as colorful charts, maps and diagrams) are appealing and uncluttered. Each book introduces a science concept, then provides a step-by-step explanation within a clearly-written narrative. You may be able to find some of these at your library, but we decided that these were "keepers."

Many titles are included in this series. Stage 1 books are for younger children (PK-K), while Stage 2 books present more advanced concepts and with some hands-on activities that children can do themselves. 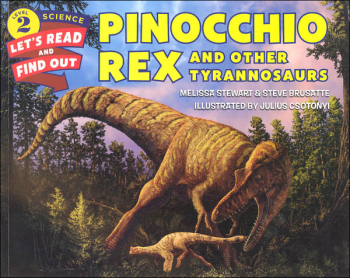