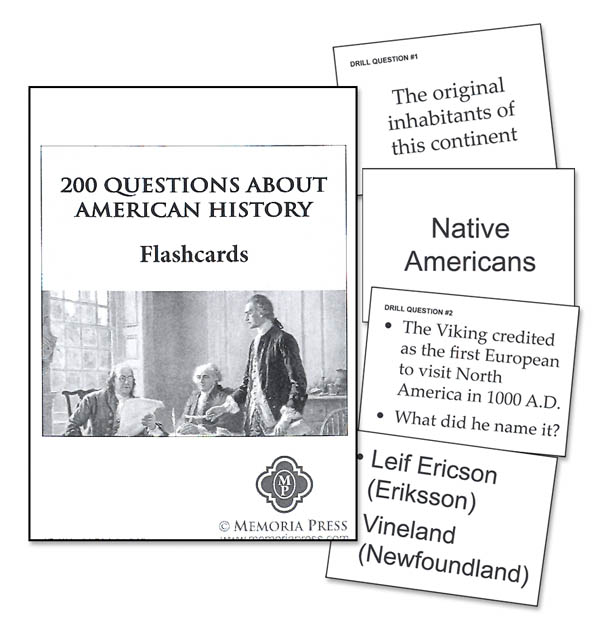 These flashcards correlate with the 200 Questions About American History Study Guides but can also be used independently. There are 203 cards included with four different categories: 150 Drill Questions such as "English sailor who discovered Cape Cod", 30 Timeline Dates such as "The Date of the Boston Massacre," 20 Notable Quotes such as "Don't give up the ship!" (asking who said it and what was the occasion), and 44 United States President questions such as "His policies were known as the Square Deal (1901-1909)." These are typical flashcards with the question on one side and the answer on the back: a fun alternative for learning interesting history facts either at home or on the road. ~ Gina

These cards are based on our 200 Questions About American History study guides, but can be used with any good American history course. Who financed Columbus first voyage? Who was President during World War I? These are basic questions that everyone should know about American History. 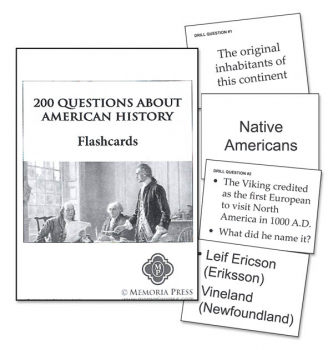